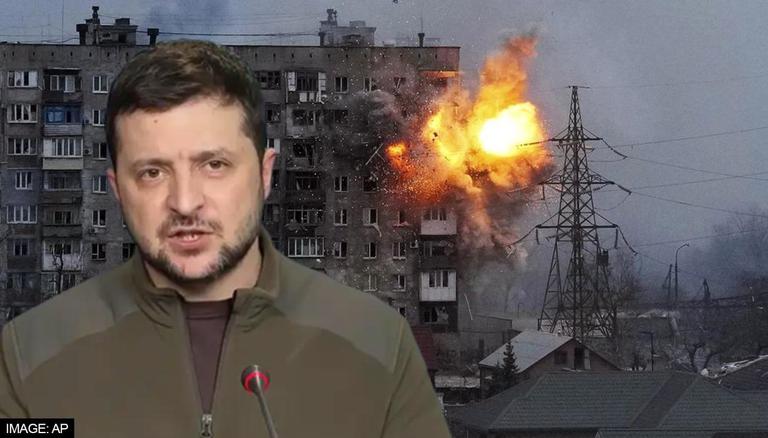 Amid the devastating war with Russia that shows no signs of ending, the president of war-torn Ukraine, Volodymyr Zelenskyy, introduced the UNITED24 campaign in his Wednesday evening speech. According to the website of the newly launched initiative, UNITED24 has been established as the main platform for collecting charitable donations in favor of Ukraine. The website further revealed that the funds would be sent to the official accounts of the National Bank of Ukraine and allocated by designated ministries to meet the most immediate needs.

“The state needs this platform right now, which raises funds to support Ukraine. Anyone in the world – with the click of a button – can contribute to our victory,” Zelenskyy said according to statement.

It is pertinent to note that Andriy Shevchenko, a well-known Ukrainian footballer and coach, is the first brand ambassador. According to a CNN report, the first UNITED24 benefit event will take place on June 8. In London, there will be a charity auction in the evening.

In addition, Ukrainian President Zelenskyy had entrusted Mykhailo Fedorov, Ukrainian Deputy Prime Minister and Minister of Digital Transformation, with the responsibility of launching a new fundraising campaign and website to raise funds for the army, l aid and rehabilitation of the country, reported ABC News. .

As a result, the UNITED24 website and campaign was created, which allows contributors to donate money to state accounts through PayPal, cryptocurrency, credit card, as well as direct bank transfer.

On Wednesday, the embattled president said Russia had made “catastrophic mistakes” in its invasion of Ukraine. Due to the shortage of missiles, Zelenskyy claimed that the Russian military had apparently started using laser weapon systems. “This clearly indicates the complete failure of the invasion,” he remarked.

The Russian army on Wednesday launched missiles against Mykolaiv and Dnipro, according to Zelenskyy. He then congratulated Ursula von der Leyen, the President of the European Commission, for granting a $9.4 billion aid package. Zelenskyy said: “This step demonstrates the true leadership of which the European Union is capable.”

In addition, the President of Ukraine signed orders extending martial law and extending the period of universal mobilization, which now await the approval of the Supreme Council of Ukraine.

In the latest development in the Russian-Ukrainian war, a top adviser to Zelenskyy said Russian President Vladimir Putin was not ready to meet and negotiate with his Ukrainian counterpart. In a statement made by Igor Zhovkva, Deputy Head of the Office of the President of Ukraine, Ukrainian President Zelenskyy is ready to meet with the head of the Kremlin to discuss the existing difficulties. According to media reports, Zhovkva claimed that the president’s office had made several suggestions for talks with Putin, either directly or indirectly, but had yet to get a good response from Russia.

More than 1 in 3 U.S. donors gave half or more of their charitable contributions to disaster relief efforts in the past year