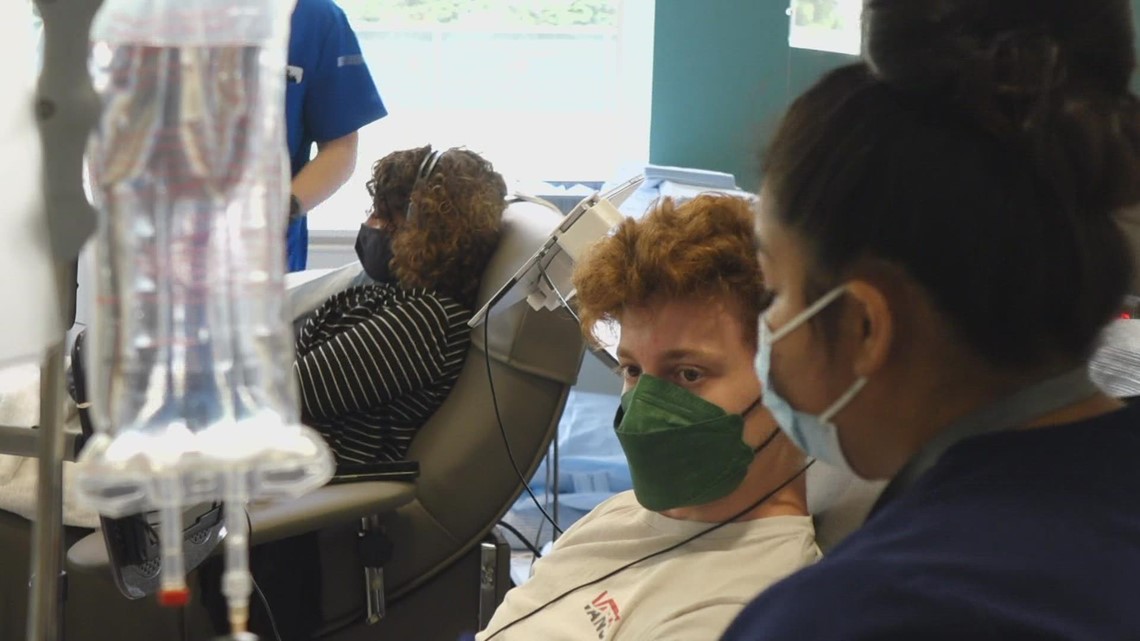 Bloodworks Northwest is looking for potential donors as supplies are running low.

SEATTLE — June 14 is World Blood Donor Day. A nationwide blood shortage is in focus this year, as it’s estimated that every 2 seconds someone in the United States needs blood.

The American Red Cross says this year has seen the worst blood shortage in more than a decade.

Bloodworks Northwest said it has about 4,000 appointments available and is confident donors will fill the void.

“We hope the community will step up, as it always does,” said Juan Cotto, Director of Community Engagement.

Of the 35% of eligible Americans, only 10% donate. Jill Gallagher and her son Jake stopped by Bloodworks for a platelet donation, which the organization says is even more urgently needed.

“I feel like it’s the least we can do and everyone should donate. You can sit with warm blankets, have snacks and watch TV. All with the idea of ​​helping save a life,” Gallagher said.

Platelets are the smallest component of your blood that controls bleeding. The platelets come together to form a clot and prevent bleeding at the site of an injury.

“The extraction process takes a bit longer and the shelf life is only five days,” Cotto said.

He adds that the North West is also home to several cancer research and treatment centers, so platelet donations are increasingly critical. There are tens of thousands of platelets in a single drop of blood.

The fear of needles or the sight of blood can be a deterrent to some, but there are health benefits to facing your fear and making a potentially life-saving donation.

A standard blood donation can take an hour and a platelet donation takes over 90 minutes or more. Bloodworks Northwest has 10 donor centers and numerous pop-up locations in western Washington and Oregon. Masks and appointments are mandatory.

Reasons for not donating blood