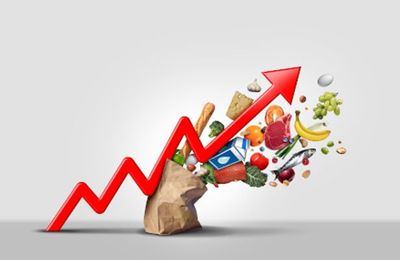 Poverty in the UK is seen as one of the ‘most urgent’ causes to support over the next three months, according to the Cost of Giving Monitor.

In June 2022, the GOOD Agency hosted a roundtable with leaders of some of the UK’s biggest charities, and it said the consensus among attendees was that there was not enough data and information on how this crisis will affect income in the short and long term.

This led to the creation of the Cost of Giving Monitor, which is a quarterly audience survey conducted in collaboration with GOOD Agency and YouGov. It recently surveyed 2,042 respondents and all answered 26 questions related to charitable giving and how it has been affected by the cost of living crisis.

The report states: “While other causes may have generational divides, the majority of respondents were united in the view that domestic poverty is a priority issue.”

Housing and homelessness, along with mental health, are also considered high priority issues according to the survey.

Research finds that three times as many people plan to reduce their charitable giving, compared to those who plan to give more.

“As a result, we should expect a contraction in the donor market. We also found that certain demographics plan to give less over the next three months. Gen Xers, older adults, and those with children under 18 report the highest rates of reduced donations,” he explains.

Less than half of charity donors (45%) and only a third of the population think charities are doing an effective job of supporting people in the cost of living crisis, which according to the report, means “there is work to be done for the sector to prove its impact”.

He finds that the majority of the UK agrees that more people need help during the cost of living crisis than during the pandemic.

Chris Norman, Managing Director and Founder of GOOD Agency, said: “The future of charitable giving is more uncertain now than it has been for many years, and at a time when demand for their services is growing rapidly. .”

He added that the cost of living monitor would provide the sector with valuable information not only to understand changes in donor attitudes and behavior, but also to adapt to become more resilient to changes.

The second wave of the Cost of Giving Monitor will be conducted in October and published in early November 2022.