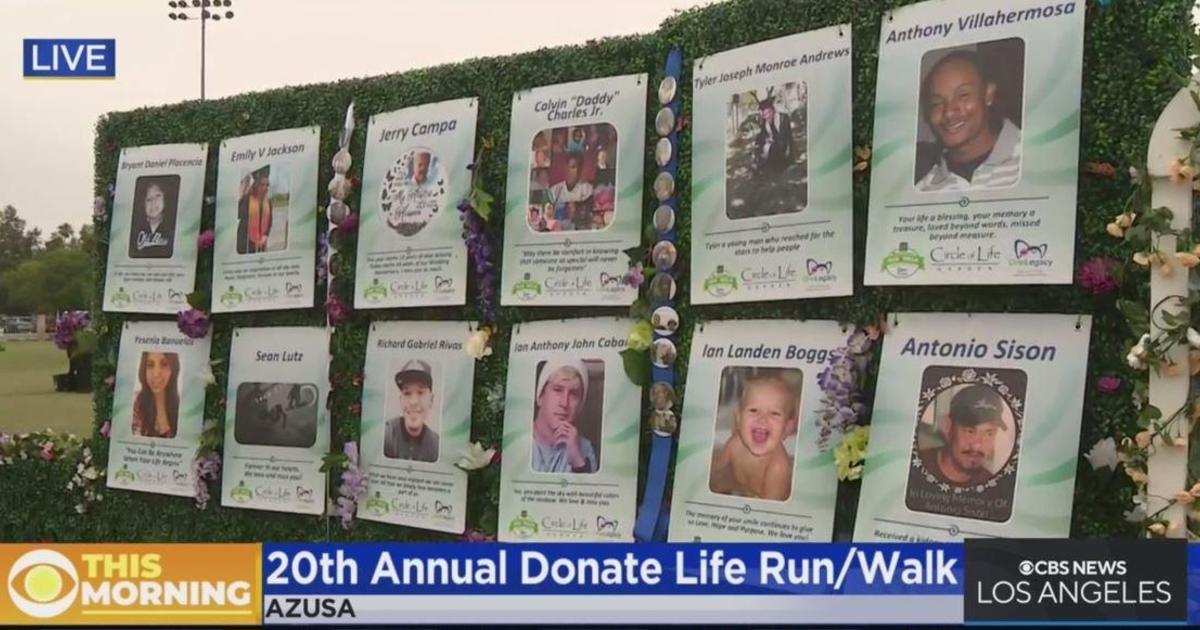 The 5K event at Azusa Pacific University was scheduled to take place from 8:30 a.m. to noon. Registration was available on site at a cost of $40 per participant.

Rosie Rios, a participant, shared that her daughter died at the age of 29 and had all her organs donated.

“It’s obviously with mixed emotions, but respecting her wishes when she made that decision at 16. So we honor that,” she said. “I volunteer and also advocate especially for the Hispanic community to register and become an organ donor because there are so many people who need our organs.” Rios shared that her daughter was killed on January 2, 2021 due to gun violence.

CBS reporter Tena Ezzeddine was on hand to speak with donors, donor families and recipients, who all shared how important events like this mean to them.

“You wake up with this whole new feeling of life. When I left the hospital, I look at how blue the sky was, how green the flowers are – the things that bothered me didn’t bother me anymore because I had a second chance,” said heart recipient Erika Heranic.

She was at the event with Dana Stump, whose son Dylan’s heart was given to Heranic after he died in a car accident. The two now act as ambassadors for OneLegacy, knowing the positive effect donors can have.

“It’s really been healing for me to be part of this organization and to remember Dylan in all the ways that we do,” Dana said.

“I donated because of a genetic kidney disease that runs in my family, and I donated a kidney to my brother,” said another participant, who noted that her sister was also a recipient and that both were fine.

“Living donors lead perfectly normal lives and continue to do what they did before the donation,” she added, noting that despite common fears that donors suffer health complications after donating their organs, it’s usually just the opposite. “I live a healthy and normal life.”

About 5,000 people were expected to attend the event. For more information, click here.

The CBS LA staff is a group of experienced journalists who bring the content to you on CBSLA.com.