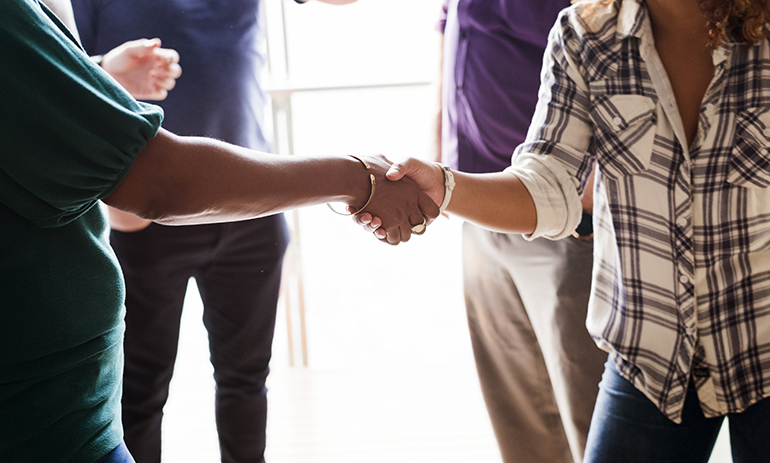 The start-up matching donors with charities is preparing to launch

“The problem we are trying to solve is how to encourage individuals, businesses and families to give more.”

Kylie Wallace and Jessica Bowman are no strangers to the charitable sector.

Wallace spent the past 12 years working with small NFPs before taking on an innovation role at World Vision, and Bowman founded The Good Cause Co, the first website in Australia to independently assess Australian charities.

With their new venture, Seedling, they are combining their experience, networks and passion for the sector to create a service that he hopes will be a game-changer in giving.

We caught up with them to find out where the idea for Seedling came from and how they hope the service will benefit both charities and donors.

Kylie, how did you meet Jess and where did this idea for Seedling come from?

I worked in the sector for a long time and had just finished working on the polite man campaign when it all started unfolding in Afghanistan last year. Because of my work in the charity sector, my family and friends contacted me to ask what they could do to help me. I started researching which charities were doing the work and spoke with the World Vision team in Afghanistan and found that most aid workers were in hiding or had been evacuated from the country. It was then that I remembered The Good Cause Co, which was an online platform that I knew had just closed, and so I contacted its founder, Jess, and explained to her that I hadn’t been able to figure out where to send money and thought that showed a gap for the industry. I was keen to buy some of The Good Cause Co’s assets but after talking she said she was interested in scaling up the work she had done with the platform and so we started to talk about building a new business together – that is Seedling.

So, Jess, why did you shut down The Good Cause Co?

I started Good Cause in 2015 because it was so difficult to identify the most successful charities in Australia. I’m an analyst, so I started looking at major Australian charities by looking at their financial reports, impact statements and annual reports, and then applied a systematic methodology to audit them. I was looking at about 100 charities every year and started offering counseling services to high net worth individuals looking to donate millions of dollars. It was meaningful work.

I decided to close it because I realized that many people just want to give to small and medium organizations and that the analytical method I applied was not suitable. This too gave an incredible advantage to charities that were already very large and had systems in place.

I could see that the real solution to helping people give to high-performing charities that align with their values ​​would be individual service. And I didn’t know how to do it myself. And then Kylie called and started Seedling!

What problem does Seedling set out to solve?

Wallace: The problem we seek to solve is how to encourage individuals, businesses and families to give more. Also, how can we help donors have more confidence in how charities use their funds. We also want to help people feel overwhelmed when they want to start making regular donations but don’t know where to start – there are over 57,000 registered charities in Australia – and we want to help people commit to giving to a cause that is in line with their personal values.

Do you mean instead of asking someone to sign up for something on the street?

Wallace: Exactly. I think sometimes people sign up because they don’t have the guts to say no. When a giving relationship begins this way, it does not build longevity.

Jess and I have also found the good advice on donations to be truly exclusive. It tends to be granted only to high net worth individuals through wealth management and everyone is on their own.

And is that where Seedling comes in?

Wallace: Yes. This is also where all of Jess’ learnings from Good Cause Co come in. What we want to do with Seedling is give people a free charity match. We will learn about an individual’s passions, values ​​and life experiences and tailor a giving opportunity that is specific to them.

We do all the due diligence work on charities and boil it down to three high performing aligned charities that this donor needs to support. Once they have chosen the charity they wish to donate to, we will register them.

Is there a limit to the amount they can donate?

Wallace: The two demographics we will be working with will be regular donors who want to give only $50 (or more) per month, and then we eventually want to branch out into larger gifts from corporate donors. Jess and I are passionate not only about growing philanthropic giving in Australia, but about breaking down barriers for anyone who wants to give to charity but doesn’t know where to start.

Does Seedling work with particular charities or does it remain independent?

Wallace: We are in the process of building a panel of 500 high performing charities as a stable core, and therefore approximately 85% of people will be matched with a charity from this panel.

What if a donor doesn’t connect to any of these charities?

Then we would find a charity outside of this panel that would be a better fit for them. We would then reach out to this charity, do our due diligence and bring them into the Seedling family, which is how we aim to slowly grow our panel over the years. We want to focus on finding not only high-performing charities, but also those that are a good fit with the passions and interests of our donors.

Since the service you offer is free, how will Seedling make money?

Wallace: Charities will pay us a one-time placement fee for a successful match on a sliding fee scale. We are completely transparent about this with donors and charities.

We also give the donor the option to pay this one-time investment fee so that 100% of the money goes to the charity, otherwise they can pay a percentage.

The real value we believe we can bring to the sector with Seedling is that we want to encourage donors to sign up for a minimum of 12 months, however, if a donor cancels their donation within the first 12 months we will pay the placement fee return to charity. This means there is no risk for a charity to join. We assume all risk. We anticipate that working in this way will result in much longer and larger donations than in other more traditional forms of fundraising.

When are you ready to launch?

Wallace: We have just launched the pilot project, which has gone very well and the feedback has been positive from both donors and charities. The website is up and running and the next few months will be our soft launch. Seedling offers such personalized personalized service that we want to slowly open to, say, 50 people each month. This gives us time to do due diligence with charities and also ensures that our donors get the time and attention they need.

What do you want to achieve with Seedling?

Wallace: We want to provide a new channel for Australian giving, which means working together with our donors and within the charitable sector. We also want to establish a connection between the donor and their charity, and so the only requirement we have for charities is that they provide us with a 250-word impact update every six months. We will then share this with the respective Seedling donors. This gives donors the guarantee that they will hear from their charity regularly and can then link to where their money is going.