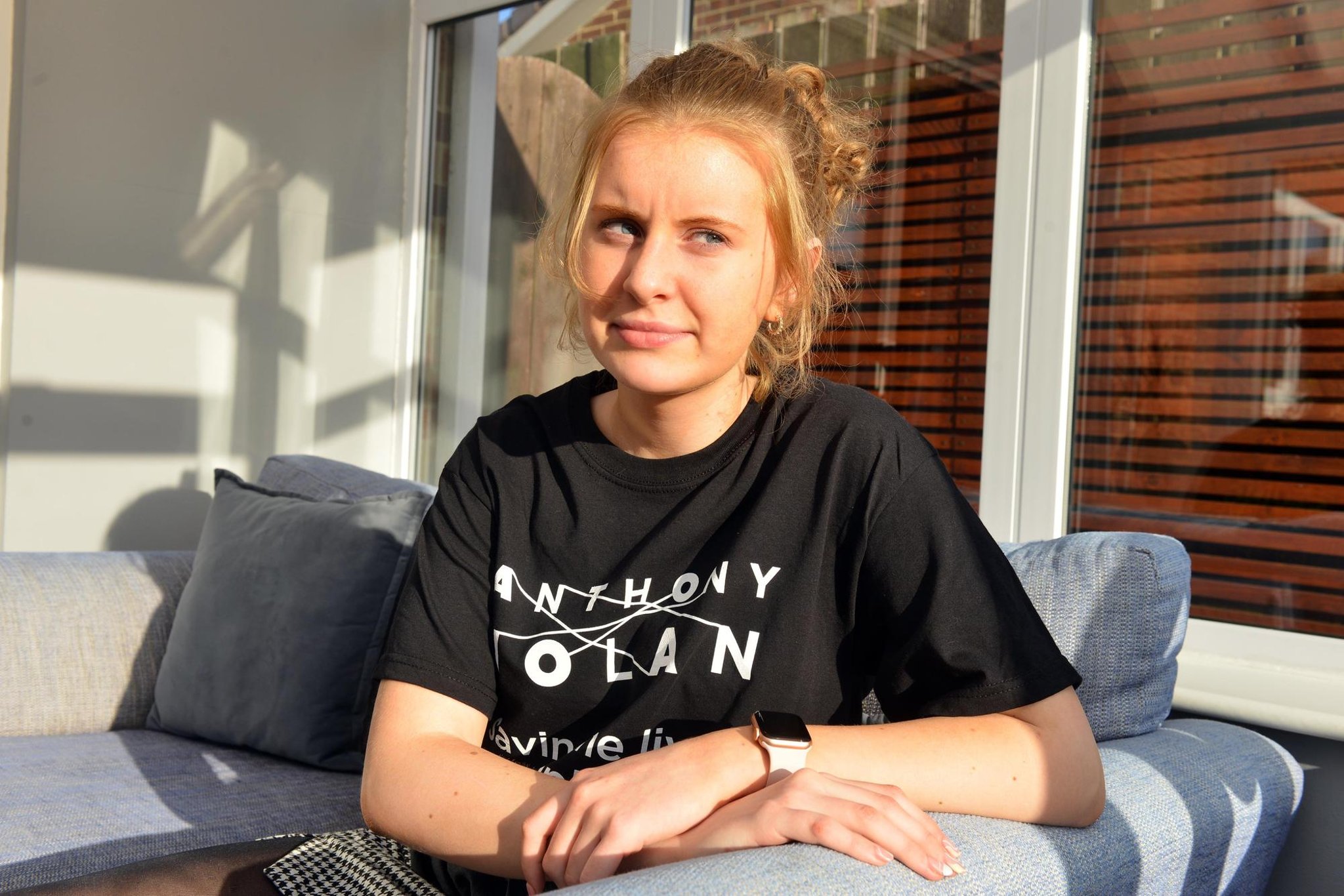 Abbie Young was 16 when she received the terrible news that her body was suffering from severe aplastic anemia.

With his bone marrow failing, doctors at the Royal Victoria Infirmary Ward 3 in Newcastle were in a race against time to find a stem cell donor who could give him a fighting chance.

Abbie, now 18, is on the road to recovery thanks to the Anthony Nolan Trust.

Register to our daily newsletter

The newsletter mute the noise

Abbie Young is raising money for the Anthony Nolan Trust after life-saving treatment.

To say thank you for saving his life, the Harton Academy student aims to help boost the charity’s work by hosting a school fundraising day on Friday, April 8.

Abbie, who hopes to become an Anthony Nolan Youth Ambassador, aims to encourage others to register as stem cell donors and help save lives.

She said: “I am so grateful that someone took the time to join the stem cell registry and that a choice someone made saved my life.

“I know some children die while waiting for a donor, so I will always be grateful for what my donors have done and to the Anthony Nolan Trust.”

The teenager discovered her bone marrow was failing her after her mum worried about the number of bruises her daughter had. Abbie was diagnosed in January 2020.

Mum Caroline, 49, said: ‘We went to the doctors who sent Abbie to South Tyneside Hospital for blood tests.

“Abbie was in the hospital on Friday (January 10) and then on Saturday morning there was a knock on the door and there was an ambulance outside, they had come to pick up Abbie.

“They took us to Sunderland Hospital and her dad followed in the car, where they did more tests, they thought she had leukemia so we were transferred straight to RVI.”

According to information from Great Ormond Street Hospital, severe aplastic anemia only affects around 30-40 children in the UK each year.

After Abbie’s older siblings, her brother Sam, 26, and sister Kate, 21, turned out not to be a match, a German donor was found with the help of the charity.

Abbie’s first transplant was in May 2020, but with the country under Covid lockdown the stem cells had to be frozen due to restrictions.

The first transplant failed, partly because the stem cells were frozen.

The Anthony Nolan Trust stepped in and a second donor was found, but the cells were not frozen this time at the hospital’s request.

Caroline added: “It’s so hard when it’s your child’s life that is suddenly put in the hands of a stranger. You’re waiting for someone you don’t know to come forward and help save your child’s life.

The teenager underwent her second transplant in July 2020 and after several blood transfusions the treatment started to work.

But due to complexities, she needed a complement from her second donor at a later date.

Throughout Abbie’s treatment, which also included several doses of chemotherapy, radiotherapy and the dose of complementary donation, she had to remain confined in a bubble with only Caroline, dad Karl and the nursing staff for company.

Abbie, from Beacon Glade, told the Gazette she felt like she had “lost purpose” while receiving treatment and that losing her hair was “the worst day of my life”.

“I knew people lost their hair with treatment, but I thought I would be the one who didn’t. Then I did it and was devastated.

“I just felt like I lost my purpose. When I lost my hair, it was like the worst day of my life, I had also gained quite a bit of weight.

Following her treatment and several blood and platelet transfusions, Abbie was finally able to ring the bell as she left Ward 3 in August 2020; but she still needed to protect herself to give her body the best chance of survival.

Now she is studying biology, chemistry and psychology at A level and is focused on supporting the life-saving charity with her fundraising mission.

At the time of this writing – and with weeks to go until her fundraising day at school – over £1,500 has been donated to her JustGiving page.

On her page, she said: “Without you, there is no cure. For someone with blood cancer, a stem cell transplant could be their last chance for survival.

Mum Caroline added: ‘The hospital, ward 3 staff were brilliant and the nurses were amazing. They were more like friends than medical professionals.

“At the time, you couldn’t mingle with anyone, so they were a great support for us as a family and for Abbie.

“Abbie’s school has also been supportive. Sir Ken, who is the school’s chief executive, called every day and asked how she was doing.

“When it happened teachers were dropping off books for Abbie and they were even talking about a teacher going into a bubble, so they could scout her for her GCSE exams. But the exams never happened because of Covid.

“We will be forever grateful for everyone’s support.”

Abbie and her family would like to thank the following businesses who donated prizes to help raise funds through a raffle or donated to her JustGiving page. They understand:

Your support for our journalism means we can continue to tell the stories of South Tyneside for generations to come.