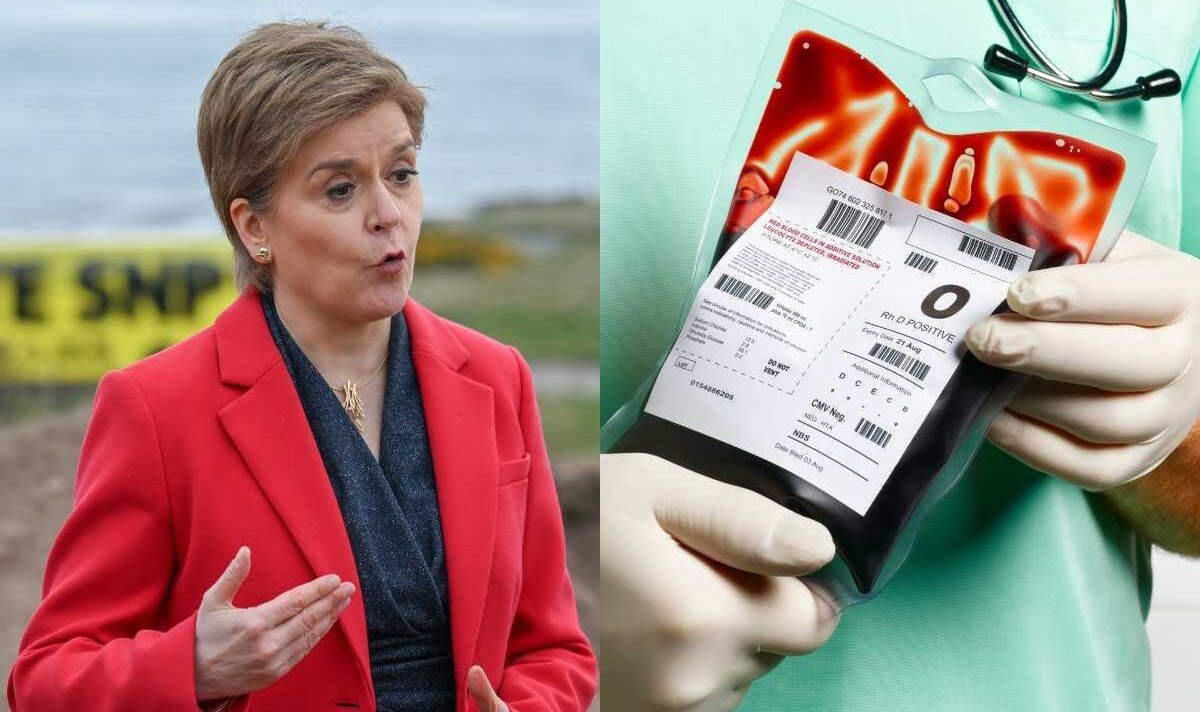 The NHS has been condemned for asking for ‘unnecessary details’ about a person’s identity when donating blood under new guidelines implemented on April 6. But the finger was pointed at the SNP after the Scottish National Blood Transfusion Service told Nicola Sturgeon’s government the categories. This has led to speculation that the categories are a ploy by the SNP to differentiate Scots from the rest of the UK.

The SNBTS said donors of the same ethnic background are “likely to provide the safest blood”.

The SNBTS sparked outrage on social media, with one Twitter user wondering if there was a medical difference between people of the same ethnicity who identify as Scottish, British or English.

Contacting the SNBTS on the social media platform, they asked, “What is the medical reason for asking how a donor self-defines their ethnicity please?”

Unhappy with the response to check the website for more information, they hit back and added: “So how does identifying someone who chooses a white Brit over a white Scot or vice versa help, s ‘please?”

The body then said: “The categories are not defined by the SNBTS and are a standard list used by the Scottish Government and other public sector organisations.

“It is optional for the donor to respond or not.”

Another blood donor told the Scottish Daily Express he was “furious” when he saw the question.

A Scottish Conservative spokesperson said: ‘This seems like a controversial question to ask people who are stepping up and providing life-saving blood donations to our health service.

“There is no real justification for asking whether you are Scottish or British in connection with this and how it could provide useful or relevant public health information.

“It’s no wonder this angered those who were asked this question.”

A spokesperson for SNBTS said: “SNBTS began collecting information on the ethnicity of donors from April 6, 2022. This was to improve the blood supply for patients who may have rarer blood types that depend on blood transfusion for their well-being, such as those with sickle cell disease and thalassemia.

“Donors of the same ethnicity as these patients are likely to provide the safest blood. The ethnicity question is not mandatory and affects a donor’s ability to donate if they do not wish to not answer the question.

“The SNBTS has asked donors to self-identify as one of the ethnic groups defined by the Information Services Division (ISD). ISD is a division of National Services Scotland, part of NHS Scotland.

“ISD provides health information, health intelligence, statistical services and advice that helps the NHS to progress in improving the quality of health and care and facilitates sound planning and decision-making .”

The SNP has been approached for comments.