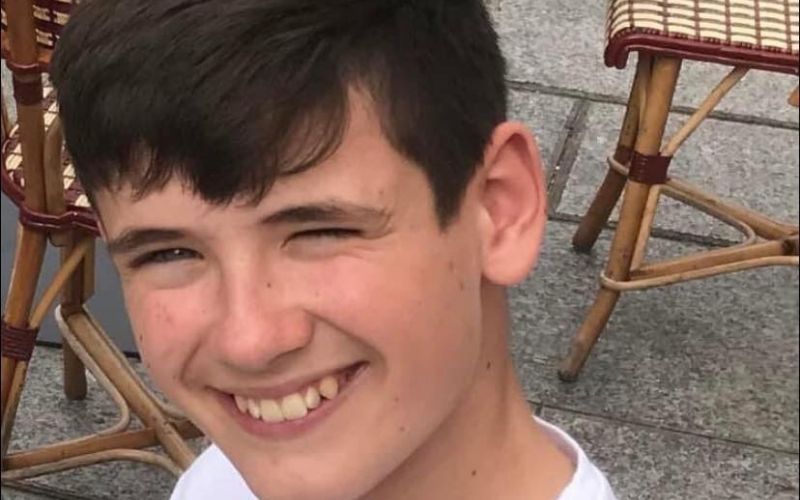 A Northern Irish family seeking a bone marrow transplant for their 14-year-old son is calling on Irish-Americans to register as bone marrow donors and potentially provide life-saving treatment.

Daniel Greer, 14, from Newry in County Down, was diagnosed with acute myeloid leukemia (AML) in June and recently completed 10 consecutive days of intensive chemotherapy.

LAM is an aggressive form of cancer and has spread rapidly, leaving Daniel in need of a bone marrow transplant to help fight it.

However, the chance of getting a bone marrow match is estimated to be around one in 10 million, prompting Daniel’s family to ask people to sign up as donors to improve his chances of finding a match.

“Please, please, PLEASE take the time to go to the link below or go online to the DKMS website to register as a donor. S ‘register now!’ His family said on the Do It For Daniel website.

The family is now focusing on Irish Abroad and “calling on all Irish in America” ​​to sign up as donors.

Charity DKMS told the BBC that he had seen an “incredible spike” in people signing up as donors since Daniel’s family launched the campaign last month.

The charity typically receives between five and 10 new donors from Northern Ireland each week, but it reported that around 8,800 people from the region signed up as potential stem cell donors during the last week of June.

“We have seen an incredible increase in registrations from Northern Ireland following the Greer family sharing Daniel’s story,” said Reshna Radiven, Head of Communications and Engagement at DKMS, at the BBC.

“We are actively encouraging anyone who has registered to return the home collection kit as soon as possible.”

Radiven said young men between the ages of 18 and 30 are often selected as first choice donors and encouraged anyone in that age group to register with the charity.

“We have been touched by Daniel’s story, he is young and it is heartbreaking but he has the possibility of returning to a normal life if we can find a compatible donor.”

The process to become a donor involves a simple cheek swab, the results of which are kept in a register.

Daniel visited his GP in June after complaining of neck and back pain. He was diagnosed with leukemia after undergoing blood tests.

Speaking to BBC Radio Ulster, Daniel’s mother Anne compared the diagnosis to “waking up in a nightmare”.

“To be informed that your child has a life threatening illness, and you are watching a healthy boy who climbs the Morne Mountains, is an avid sportsman, enjoys sailing, diving, swimming, kayaking, rugby and you sit watching him go ‘they got it wrong’,” Anne told BBC Radio Ulster.

“It’s moving, it’s really hard to see your child sick and to feel that nothing can be done for him.”

“I would appeal to anyone who is eligible to join the bone marrow registry and if you are not eligible for any reason, even people who are ordinary blood donors or donors platelets.”