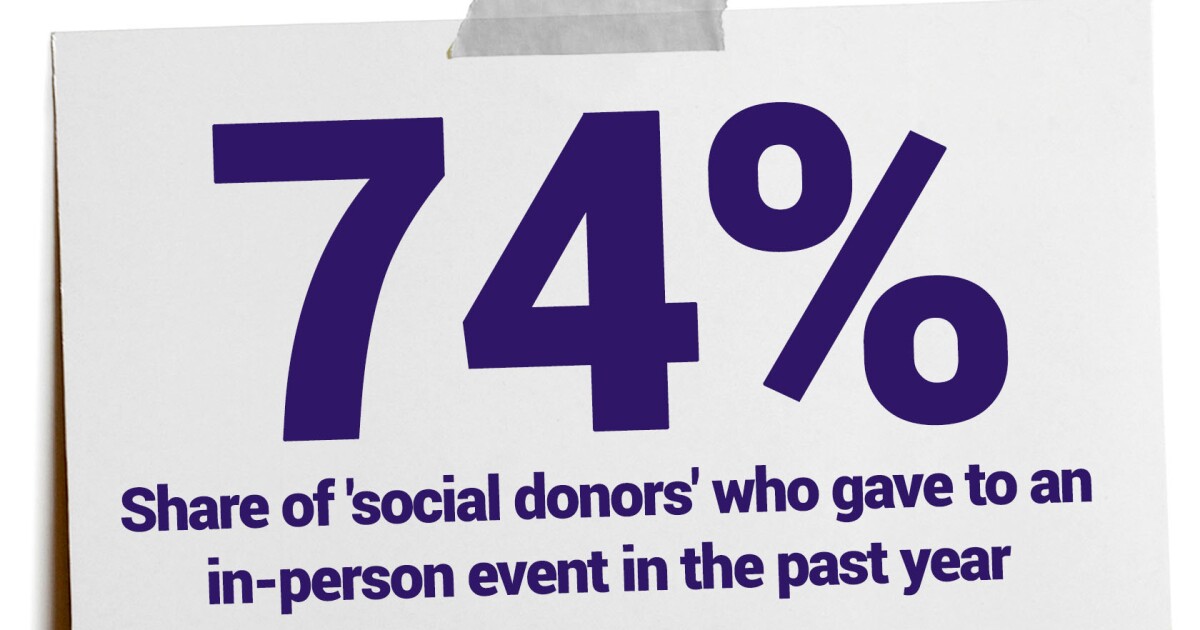 Donations at in-person fundraising events are rebounding, according to a new survey commissioned by fundraising technology firm OneCause.

This is the fourth year the company has commissioned surveys from so-called social donors, who give by attending in-person or virtual charity events or donating to a peer’s fundraising campaign. From April 26 to May 12, he surveyed 1,029 adults who said they made at least one charitable donation to a nonprofit fundraising event or peer-led fundraiser during of the last 12 months. Almost three-quarters of donors said their last social giving was in person, while the remaining quarter said it was virtual. This is a marked increase in in-person donations. The April 2021 survey identified a roughly 50-50 split between respondents who donated at in-person and virtual fundraising events in the previous 12 months.

In this third pandemic year, Covid precautions – or lack thereof – have figured into donor decisions about whether and how to give. About the same proportion of donors said they would feel comfortable attending an event where everyone had to show proof of vaccination to enter or an event that took place outdoors – 39 % and 38%, respectively. About three in 10 donors said events requiring proof of a negative Covid test result reassure them.

Millennials (ages 27-41) continue to lead the pack in social giving, contributing the highest average annual total — $284 — across all donor age groups. Gen X (42 to 57) and Gen Z (19 to 26) were neck and neck for the second bracket, contributing an average annual total of $170 and $169, respectively. Baby boomers and adults (58 and older), meanwhile, gave an average annual donation of $112. Social service organizations were the most popular recipients in all age groups except baby boomers and adults, who favored faith-based groups.

While the number of social donors has increased by 6% since the first year of the survey, these donors still represent only a handful of the overall population. By comparing survey results with census data, the study determined that about three in 10 adults donate to fundraising events or campaigns.