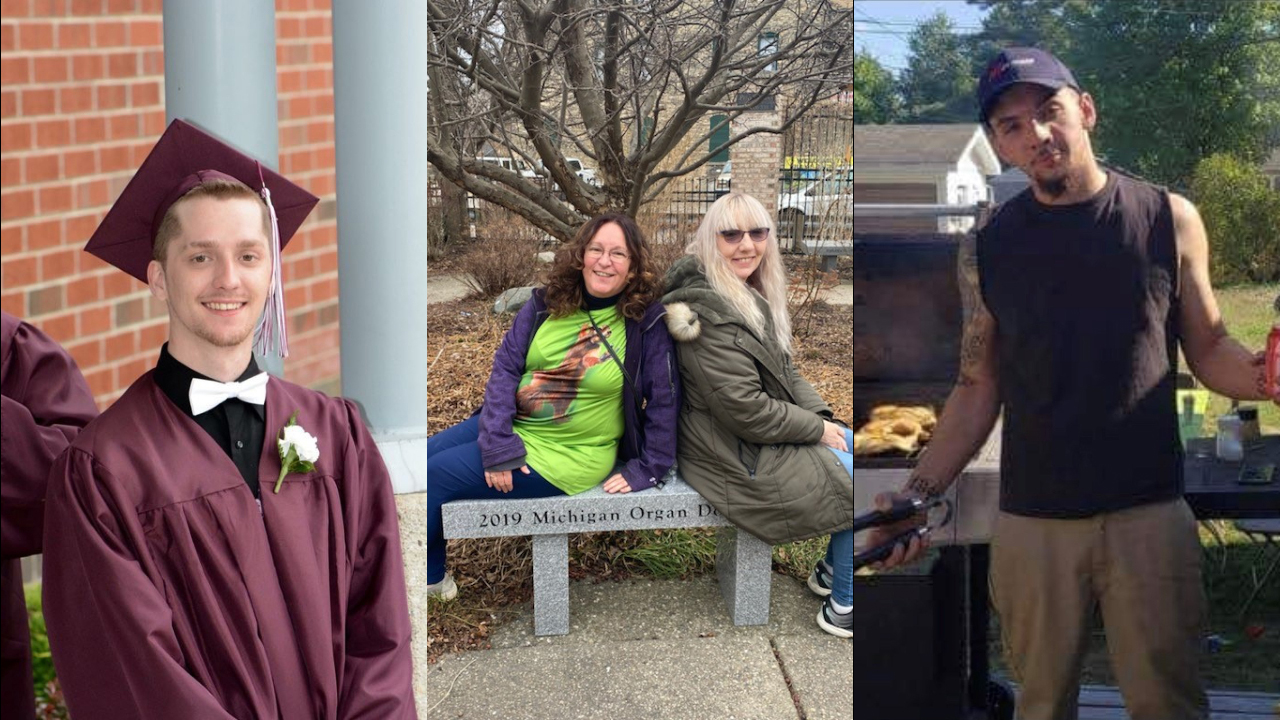 MUSKEGON, Mich. (WOOD) — Two Muskegon mothers who became friends after the loss of their sons are working to raise awareness about organ donation.

April is National Gift of Life Month and mothers are sharing their stories so more people consider giving the gift of life.

Becky Katzenbach said her son Robbie Katzenbach decided to become an organ donor after discussing what it meant and the impact the choice could have.

Amanda Garza said her son Nathanael Garza was excited to tell others about becoming an organ donor by checking the box when getting his license.

“When I walked into that emergency room in the morning and saw my son, in the situation he was in, I knew he was not going to survive,” Amanda Garza said.

Robbie Katzenbach died in September 2019 at the age of 22 following a drug overdose. Nathanael Garza died a month later in a car accident. He was 20 years old.

“His leg got stuck inside the truck and his boyfriend unfortunately didn’t know he got out of the truck at the time, and he kept driving,” Amanda Garza said.

“The woman who wrote to me about her liver said she was on her deathbed,” Becky Katzenbach said.

Nathanael Garza knew Robbie Katzenbach and had previously participated in a march in his honor.

The mothers designed a bench for a memorial garden in downtown Muskegon to remember their sons and let people know of the decision they made to give their lives.

“God knows we don’t need our organs in heaven, so let them do good to someone else here. There are people who are suffering who really need it, ”said Becky Katzenbach.

“It’s just a way of leaving a legacy of being here by saving someone else,” Amanda Garza said.

Organ Donation Crisis – How to Help Save a Life