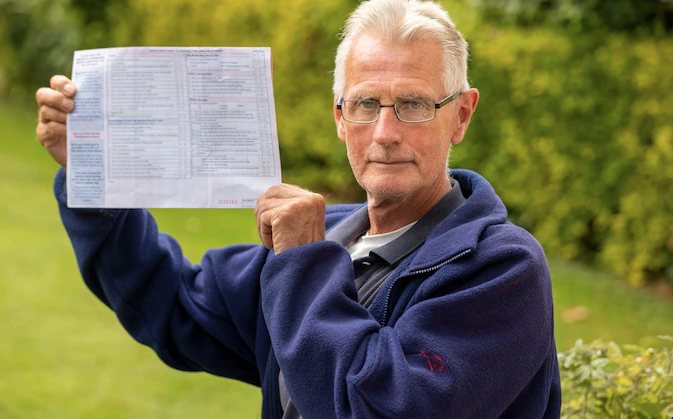 Now the Scottish man, and longtime blood donor, is unable to donate due to his refusal to answer a silly question on a pre-donation questionnaire.

“There’s always a form to fill out, and that’s fine,” said Sinclair, 66, “they tend to ask about medical conditions or illnesses – and that’s clearly because the blood has to be certain.”

Sinclair donated 125 pints of blood throughout his life but was fired from the Albert Halls Clinic in Stirling, central Scotland, for refusing to answer whether he, as a man , is or was pregnant, which was part of the all-inclusive donation. form.

“This time there was a question I had never seen before: are you pregnant or have you been in the past six months?” that required a yes or no answer,” Sinclair added.

“It’s absurd and it angers me because there are vulnerable people waiting for blood, including children, who desperately need help. But they were denied my blood because of the obligation to answer a question that cannot be answered.

As “pregnant men” become the new spearhead for the rights of radical progressives, the rigid point of view continues to exclude ordinary people who refuse to conform to the new creed.

As relayed by The Daily Mail, the director of the Scottish National Blood Transfusion Service, Professor Marc Turner, responded to Sinclair’s refusal to answer the question with little leeway in the event of a difference of opinion.

“We appreciate the support of each of our donors and thank Mr. Sinclair for his commitment over the years,” Professor Turner said.

“As a public body, we are aware of changes in society regarding how these questions can be asked without discrimination and have a duty to promote inclusion – therefore all donors are now being asked the same questions .”

The importance of donating blood during the summer