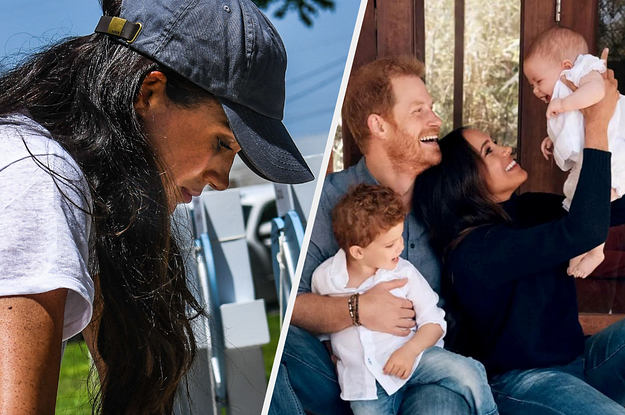 “She went to get trays and trays of sandwiches and snacks and everything for people who were coming in and donating blood. It was for our workers. It was for myself,” Rankin said. “It was for anyone who wanted, you know, lunch.”

When Meghan arrived, she said, the Duchess’ security team did a sweep and then asked the manager to meet her outside the centre. “I did, and we visited for a few minutes. She had her mask on. She kept it the whole time. There was no camera. »

Rankin brought Meghan from the back door to the kitchen, where she was introduced as a volunteer.

“There was not ‘See! It’s Meghan Markle!‘ Nothing. And she introduced herself as Meghan,” Rankin said.

“She said, ‘My name is Meghan’ and didn’t go into detail,” Rankin added. “She started handing out sandwiches to people who donated [blood] and it was, she was lovely.

“I didn’t even tell my poor husband about it,” she said. “So when she came here, he walked in and he met her and she said, ‘Oh, you must be Jimmy! “”

A number of volunteers at the center told BuzzFeed News on Thursday that they had conversations with Meghan and didn’t know who she was until after she left. Rankin confirmed this, saying that after news broke that Meghan was at Uvalde, she was approached by several people at the center who berated her for not revealing Meghan’s identity while she was there.

“One of the nurses… came up to me and said, ‘I can’t believe you didn’t tell us Meghan Markle was there. We were right next to her,'” Rankin said. “And the leader of the volunteer team said, ‘I stood there and talked to him for 10 minutes. I had no idea.’ And I said, ‘That’s what they wanted. They didn’t want you to know she was here.

Changes to blood donor rules and Supreme Court decision expected: in the news from May 27, 2022

Donors of mass shooting tragedies should beware of scams