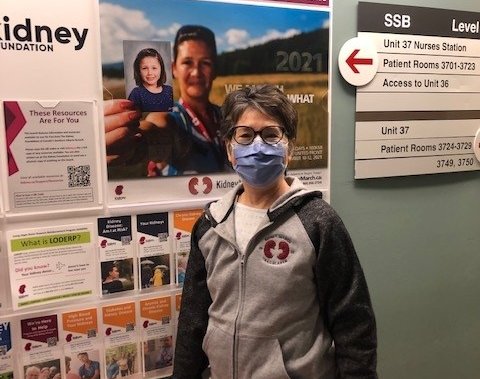 On this Green Shirt Day, Alberta families are sharing their organ donation stories.

After Logan Boulet lost his life in the Humboldt Broncos bus crash, his organs were donated and saved six lives. April 7 is now recognized as Organ Donation Awareness Day.

Since their son lost his life, Toby and Bernadine Boulet have spent countless hours inspiring others to give the gift of life.

Logan signed his donor card a few weeks before the crash. After hearing the story of the lives saved by Logan’s donations, Canada saw a massive surge of people signing up to become organ donors. The phenomenon became known as the Logan Boulet effect.

“It’s huge. The effect is huge,” Toby said. “1.2 million Canadians have started the conversation because of the Logan Boulet effect.

“We taught our children to be givers, not takers, and to serve that way. This is how we live life and this is what we continue to do.

The family doesn’t know who got Logan’s organs, but his mom hopes to one day have the chance to meet the recipients.

“My wife would like to lay her head on someone’s chest to hear Logan’s heart beating again. Bernie spent a lot of time with his head on Logan’s chest feeling his heart when he was in the hospital,” Toby said.

“We miss Logan very much.”

Deborah Johnson is also intimately aware of the impacts of organ donation, after her son Andrew was diagnosed with kidney disease and required a kidney transplant.

“My son said, ‘When you’re on dialysis, you don’t live. It’s just marking time and holding on. “”I saw my son very sick and it was hard, feeling helpless,” Johnson said.

She wasn’t a perfect match to give Andrew the gift of life, but his older brother, George, was.

“All my children and my husband were willing to donate if they could. Everyone got tested and it was a successful match with George and not the others due to blood type and other issues,” Johnson said.

The heroic gesture inspired her to be an anonymous kidney donor, having undergone the operation about a month ago.

“Knowing how my son got a kidney and how it changed his life, I was so happy to be able to do that for someone else,” Johnson said.

“We can all live with a healthy kidney and I heard about paired kidney donation and it was wonderful, I was so excited to do it,” Johnson said.

She said the surgery went well and she was recovering well.

“Andrew is very proud of me, like all my children. A lot of my friends think, ‘Wow.’ But I tell them, “If you were me, you’d be doing the same for your family,” Johnson said.

According to the Kidney Foundation, the average length of time kidney patients wait on a transplant list is nearly four years. Hundreds of Albertans are on that list.