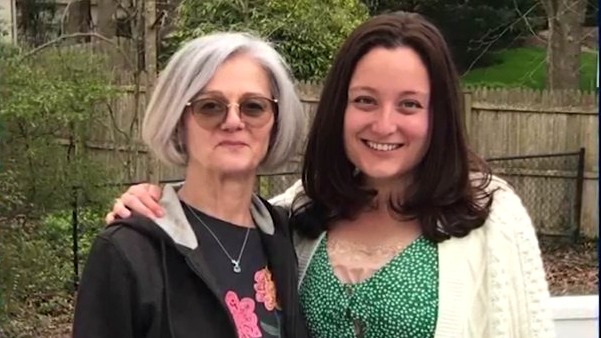 COLUMBUS, Ohio (WCMH) – After the sudden loss of her daughter, a grieving mother saves the life of a friend in need, thanks to her daughter’s organ donation.

For more than two years, Angie Hoodlet has been on the donor waiting list, hoping for a liver transplant, never expecting the person who would save her life to be the daughter of one of her closest friends. relatives.

Kristy Mundy was the daughter of Marya Michaels.

Michaels says her daughter was just 42 when she died suddenly of a blood clot in her brain.
The loss devastated her, but she says it also reminded her of her daughter’s wish to become an organ donor.

“Even if the organ cannot be used, if it can be used for research. You know, it could save someone’s life in the future,” said donor mother Marya Michaels.

So Michaels contacted her friend.

“It was around 4 a.m., and I got a text from her, saying I need all your information, and time is critical,” Hoodlet said.

Hoodlet says everything changed after that because while getting tested at Ohio State University’s Wexner Medical Center, they found Kristy’s liver to be a match.

“They don’t always get it because they don’t match but, by the grace of God, Kristy is compatible, and so Angie ended up getting it,” Michaels said.

The doctor who performed the transplant says it’s these kinds of direct donations that save thousands of lives every year.

“This is such a selfless act, at a time of tragedy and loss,” said Dr. Ashley Limkemann, a transplant surgeon at Ohio State University’s Wexner Medical Center.

It’s something Hoodlet says she plans to continue.

“I just hope I can, you know, honor his daughter in the right way as well,” Hoodlet said.

Trump Received Millions from Payday Lenders. Then he assisted them in making money off the working poor.

New grassroots charity with Perthshire volunteers and donors raises over £5,500 for Ukrainian refugees