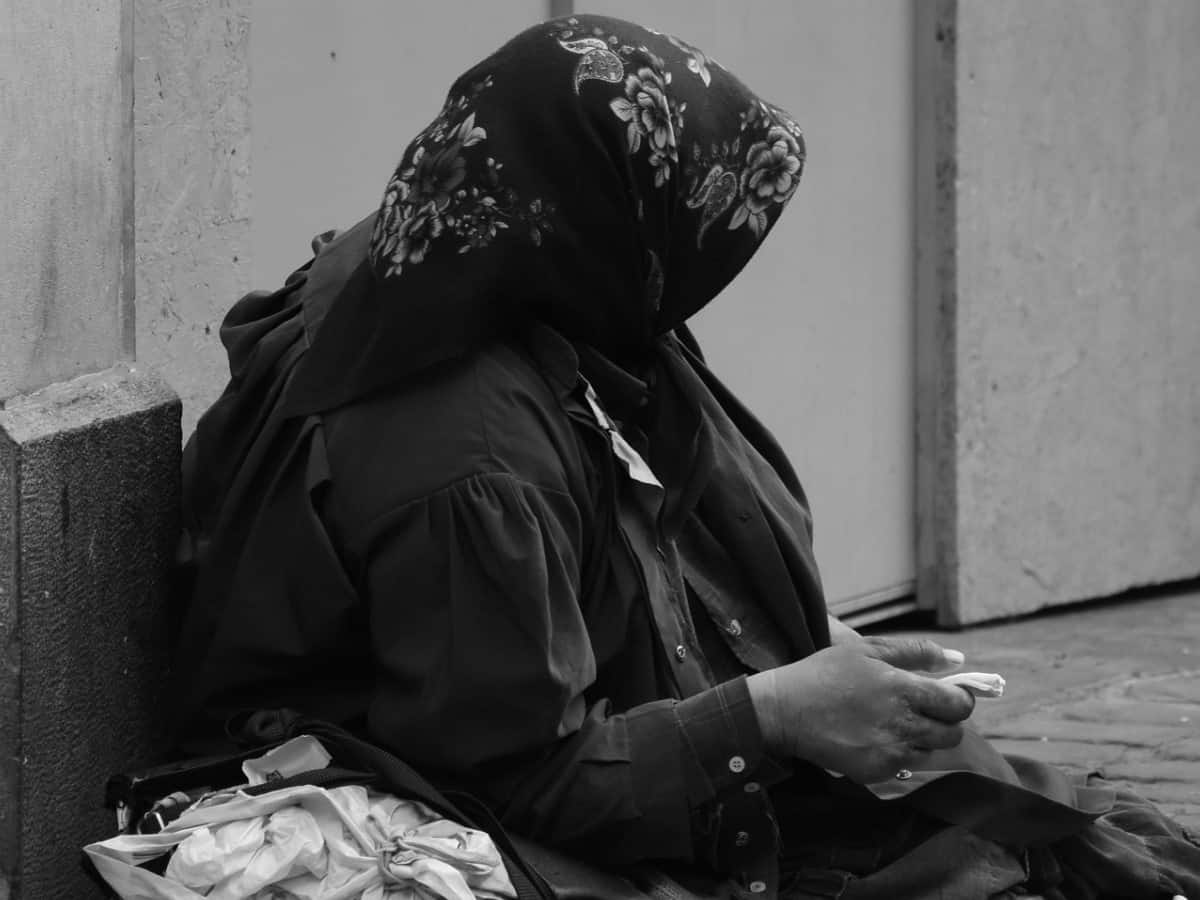 Donors face a dilemma regarding giving to alms seekers during Ramzan

The hand that gives sometimes turns out to be poorer than the hand that takes. Incredible to say, however, international media and several economic reports say that there are beggars who have more money and assets than donors.

According to reports, India’s richest beggar, Bharat Jain, comfortably towers over Forbes listed Mukesh Ambani, begging around 8-10 hours a day, earning Inr 2,500. There is a group of these beggar millionaires spread all over the world.

Hyderabad, the capital of the southern state of Telangana often presented as the City of the Nawabs faithful to the cliché has the reputation of being the most generous of the cities of India in terms of alms, an Eldorado for beggars, moochers and beggars. The city’s mosques are flooded with beggars on Fridays, as are other places of worship. Again, reports and NGOs say that the average income of beggars in India might be around Rs 1,500 to Rs 1,000 per day, but in most cases 80% goes to the mafia who lock up these beggars . According to press reports, the town has over 30,000 beggars, including several hundred child beggars and the “Friday Only Beggars”. The All India Census of 2018 recorded a total number of 4,13,670 beggars of which 1,91,997 are women. And Mamta West Bengal has 81,224 beggars.

During the closure of the Covid-19 pandemic, restricting many social and religious activities, it was reported that beggars and beggars also suffered along with others. News reports said that among the migrant workers from neighboring states who came to Hyderabad during Ramadan to work in the ovens of a popular Ramadan delicacy, ‘Haleem’, beggars who flocked to the state were also suffering.

Ramadan is a month when devotees making the devotional commitment to avoid food from dawn to dusk are also called to be generous and untie their purse strings by helping the poor and needy. It is a month when the faithful become more generous than usual with a spirit of sharing and caring.

However, this noble gesture is exploited by the unscrupulous crooks who want to make a quick buck in an organized way by poaching the truly deserving people by feigning physical deformities and pretensions and all kinds of touching pleas, tales and stories difficulties and tragedies. As unsuspecting donors, his overwhelming pietism makes him easy prey for such trickster beggars and beggars.

The faithful are caught in a dilemma of giving or not giving as identifying the true have-nots and the false ones. According to Islamic scholars, the Prophet by his actions (traditions) had apparently established the marker between, Therefore, do not lead the beggar with disdain, (Quran 93-10) and, Charity is for the Fuqhra (poor) who, because of Allah, are forbidden to travel and cannot move in the land (for trade and work) Whoever doesn’t know them, thinks they are rich because of their modesty, you can know them by their brand, they don’t beg at all. (Quran 2-273.) The Arabic word IlHaaf literally means to beg with importunity. Imam Tabari in his exegeses and majority of other Islamic scholars agree that the verse means, they don’t beg people at all. (Dr Muhsin Khan and Dr Taqhiuddin Hilali (The Noble Quran).

Scholars have cited several hadiths where the Prophet encouraged people to work rather than beg. A hadith quoted by ibn Hajr in Balaghul Marauam says: “a person begs and begs eventually he appears on the day of judgment without flesh on his face.” Dr. Rashid Naseem Nadvi established an Islamic scholar who regularly lectures on Sunday mornings at KBR Park on the Quran chapter by chapter adds that the above hadith is for false beggars calling on the name of Allah. In another hadith, a man came to the Prophet to ask for alms. He was asked what possessions he owned and was told he only had a metal bowl. The Prophet asked one of his companions to sell it in the market and buy an ax with the money which was then given to the man who was told to go into the jungle and cut wood for sale, adding that the hand that gives is better than the one that takes. Apparently indicating the humiliation associated with begging.

In another case, the researcher was helped with alms, apparently there must have been a noticeable difference between the two.

Scholars also say that those who beg in mosques and other public places, especially on Fridays with emotional tales of tragedies, calamities are not really needy. Sheikh Saleh al Munjanid, known for his Islamic Q&A site, argues that these are signs that mark the suitor for the truly needy. Generally, there are those who feel ashamed and humiliated to ask compared to those who stage all kinds of drama. And asking for medical proof from those who ask for alms for medical treatment is not a mistake.

Often, the alms giver gets rid of this very critical aspect of society’s contribution to eradicating this humiliating practice from the community by not exercising discretion in carrying out this religious obligation accordingly. But seem to do without it as a burden, not bothering to make an effort so that the money does not go to the bowls of fakes but to those who have real needs.

Surprisingly, there is one city that is free of beggars, the city of Tabriz in northwestern Iran according to Financial Tribune reports. Not that there aren’t poor or needy people in the city, but the people there have built strong and efficient societies to manage and control begging. An NGO called Mostmandan (the poor) was established in 1973 under the motto of saying of Hazrath Ali, the son-in-law of the Prophet and fourth of the guided caliphs, “Do not give up promoting good deeds. Mostmandan volunteers scan the town to keep an eye out for beggars and if found they receive immediate assistance after checking their credentials. Interestingly, the Chinese are matching their penchant for electronics by providing beggars in various towns and villages with barcoded begging bowls and e-wallets where donors can transfer charity electronically.

Comes the holy month of Ramadan and it is big business in the Muslim world involving syndicates and gangs of extortionists who hire lame, physically handicapped, old men and women, and often children to beg in mosques and public places. Such begging has been called “begging tourism”

Oil-rich GCC countries and their citizens are generous in issuing religious edicts to discourage begging which is mainly engaged in by expatriates who visit these oil-rich countries during Ramadan for the sole purpose of begging for money. In the first week of the month, Saudi authorities reported apprehending a beggar in possession of 117,000 Riyals (US$31,000) in various Arabian Gulf currencies, and in the United Arab Emirates, police caught a beggar with Ds 40,000 /(11,000.US$). $) on him. For more than a decade, GCC countries have banned begging, especially during Ramadan, and instead taken several measures to help the needy, mostly expatriates. In India, there is no federal law prohibiting begging. The courts have rejected petitions filed to prohibit begging. However, about 20 states pass the Bombay Begging Prevention Act 1959.

In Telangana, efforts are underway to make many towns and the city of Hyderabad free from begging by enforcing the Begging Act 1977, statewide with the help of local police and GHMC.

UAF will present a forum on blood donor restrictions