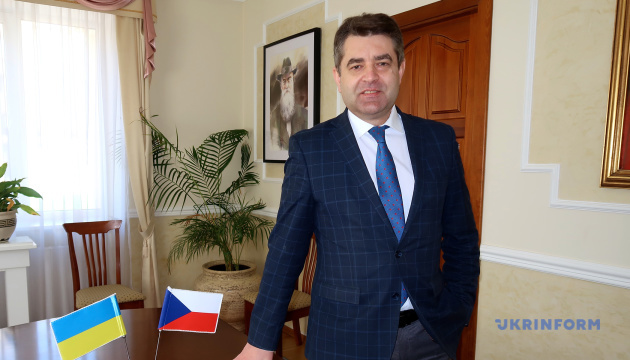 The Czech Republic is one of the five largest donors of military aid to Ukraine. The government has allocated more than $100 million in aid to Ukraine, and more than $50 million has been transferred to the embassy’s charity account in nearly three months.

“The first one [element of assistance] this is what the Czech government gives to Ukraine, this aid already exceeds 100 million dollars, I would even say that it is around 130 million dollars. The second is that Ukraine sources directly from Czech producers. And the third is what our embassy is implementing together with the Ministry of Defense,” Extraordinary and Plenipotentiary Ambassador of Ukraine to the Czech Republic Yevhen Perebyinis said in an interview with RFE/RLreports Ukrinform.

According to him, the account opened by the Embassy of Ukraine in the Czech Republic for charitable contributions received more than 50 million dollars in almost three months. The embassy buys weapons and military equipment for this money and, with the help of the Czech Ministry of Defense, sends them to where this equipment is most needed.

The Czech Republic is one of the five largest donors of military aid to Ukraine, and more than 300,000 Ukrainians have found temporary refuge in the country.

As noted, the Czech Republic has provided CZK 3 billion (nearly $128 million) in military assistance to Ukraine.