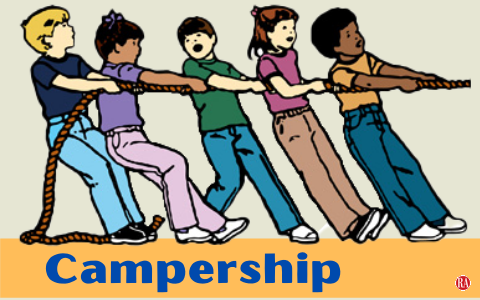 WATERBURY – Enthusiastic supporters of the Greater Waterbury Campership Fund are closing in on a fundraising challenge that will trigger an additional $10,000 for the 2022 campaign.

In short, the $10,000 raised turns into $20,000, with every penny going towards sending underprivileged youth in Greater Waterbury to a week of summer camp once the schools complete their current school year.

Ion Bank and its foundation are using “Change a Life This Summer” as a rallying cry to urge all friends of the Fund to take up the challenge.

“We are lucky to have a lot of supporters,” said David Rotatori. “We’re almost at the goal line, so let’s give the final push and get all these kids to camp.”

A new online portal to facilitate the donation process is rapidly gaining traction. Of the $3,320 donated last week, $425 came from online donations.

Donations are accepted year round and can be sent to the Greater Waterbury Campership Fund, 389 Meadow St., Waterbury, CT 06722; dropped off at the Republican-American Building at this address; or made at Greaterwaterburycampershipfund.org.

Amazon Prime shoppers can select the Campership Fund as their charity of choice when shopping online.

The Campership Fund, a 501(c)3, requires no salary or expenses for running the program which is overseen by an all-volunteer Board of Directors. Other expenses, such as those arising from the organization of special events for the benefit of the fund, are covered by separate donations of money and services.

Contributions totaling $3,320 were recently received from:

Thomas J. and Lisa A. Vanotti, Torrington, in honor of Dave and Pam Rotatori, $250

James Pelletier Sr. and Germaine I. Pelletier, Wolcott, in honor of matching fund for Dave and Pam Rotatori, $25