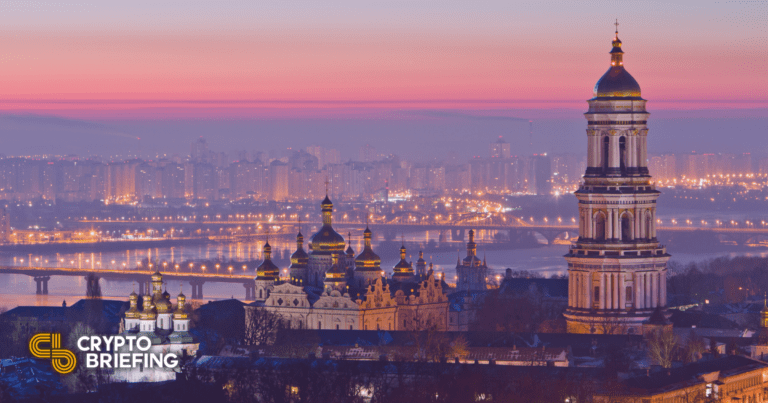 Ukraine has confirmed that it will conduct an airdrop to reward donors who have financially aided the country in its war efforts against Russia.

The crypto community has rallied in support of Ukraine in recent days in an effort to help the country fight off the Russian military strike. On Saturday, the government issued a call for donations of Bitcoin, Ethereum, and Tether, and has since started accepting TRON, Polkadot, and Solana. Government donations alone have exceeded $28 million so far.

Today, Ukraine plans to thank its donors, at least symbolically. “Airdrop confirmed,” the Eastern European country announced on Twitter this morning. “The photo will be taken tomorrow, March 3, at 6 p.m. Kyiv time. Reward to follow!”

Crypto airdrops typically involve project teams distributing free tokens to specific groups within the crypto community – usually early adopters – as a reward for starting the project. They are also commonly used as a promotional tactic. Tokens are usually created out of thin air and start life as worthless assets. However, they can become valuable after distribution, depending on their usefulness or value proposition.

In some cases, some platforms or companies send free Bitcoins to attract users. For example, El Salvador dropped $30 worth of Bitcoin to each of its citizens who downloaded the official Chivo digital wallet app to promote Bitcoin adoption within the country.

In the case of Ukraine, however, airdropping Bitcoin would defeat the purpose of the charity campaign. Although the country has not shared any specific details about the airdrop, it is safe to assume that it will likely be done on a blockchain other than Bitcoin due to the network’s limited programming capabilities. If the airdrop works on Ethereum or Polkadot, however, Ukraine will be able to reward its donors with worthless fungible tokens, NFTs, or even POAP Badges. TRON founder Justin Sun responded to Ukraine’s announcement saying it would be unfair for TRON donors to be excluded from distribution, sparking outrage from the wider crypto community. “It’s not about waiting for a comeback, but if an airdrop goes to all that gave and kicks out TRON, that’s UNFAIR!” he wrote on several tweets, prompting a torrent of calls from onlookers.

Ukraine’s airdrop announcement appears to have been incredibly successful in attracting more donations. Zerion Data shows that Ethereum donations started accumulating immediately after the announcement of the airdrop at 6:43 UTC. In less than six hours since then, Ukraine has received more than $3 million in Ethereum and Tether, representing almost a third of all donations received at this address since the war-torn country began accepting crypto on February 26.

While the Ukrainian government has received around $28 million, at least $23 million has been raised through other fundraising campaigns, including a Bitcoin advocacy from the nonprofit Come Back Alive. and various NFT-focused initiatives. This brings the total raised through cryptocurrency significantly higher than the The United Nationsfinancial aid for the country, which is currently around 20 million dollars.

Update 03/03: Ukraine has since announced that it is canceling its airdrop. Learn more here.

Disclosure: At the time of writing this article, the author of this article owned Ethereum and several other cryptocurrencies.

You should never make an investment decision about an ICO, IEO, or other investment based on information on this website, and you should never interpret or rely on information on this website as advice. investment. We strongly recommend that you consult a licensed investment advisor or other qualified financial professional if you are seeking investment advice on an ICO, IEO or other investment. We do not accept compensation in any form for analysis or reporting of any ICO, IEO, cryptocurrency, currency, token sales, securities or materials raw.

Earn high returns without the complexity of DeFi? Welcome to Hodlnau…

One of the most popular cryptocurrency trends dates back to ancient times: lending money to earn interest. In the traditional banking system, people store their funds and they get…

Ukraine asks for Polkadot donations and hints at Airdrop

Polkadot’s Gavin Wood has pledged to donate $5 million in DOT over the weekend. Ukraine Now Accepting Polkadot Donations Ukraine is not only looking for Bitcoin, Ethereum and Tether to fund…

AidForUkraine, a decentralized autonomous organization that aims to support Ukraine’s defense efforts, was launched. It is backed by the Solana Foundation, the Everstake Pool (a staking platform focused on proof-of-stake…

Ukraine asks for donations of Bitcoin and Ethereum