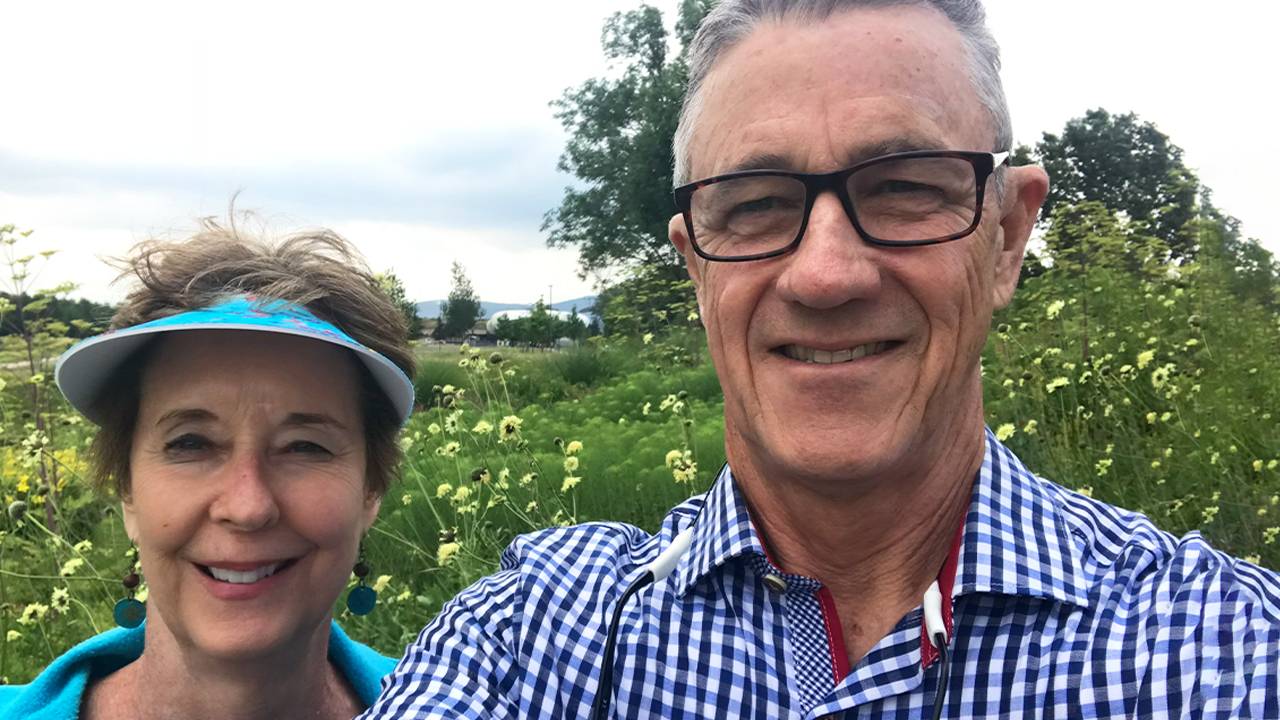 The donation of a living organ donation

Dedrick Burch is in his early 70s and, in his own words, “as I always say, my much younger (three-year-old) sister,” Beverly Pierce, are living organ donor/recipient siblings.

Pierce lived with polycystic kidney disease. By 2008, the disease had progressed considerably to the point that dialysis or a kidney transplant were imminent.

“She’s a good Southern woman (siblings live in the Atlanta area) and was pretty stoic about it. She didn’t ask us for a kidney, but as close family we knew what was waiting for us and what the options were,” Burch said. “If she had been placed on a general transplant list, it could have been five years before a kidney was available.”

“She didn’t ask us for a kidney, but as close family we knew what to expect and what the options were.”

Pierce continued the story. “Dedrick was tested, we were almost perfectly compatible. He wanted and could become my living donor, which was a blessing for me.”

The process went quickly. Over the next few months, the siblings were prepared for donation and transplantation.

“There was an extremely thorough assessment. I met with a psychologist and another professional — I don’t remember his discipline — to make sure that my emotional health was stable, that the donation was voluntary and without coercion, and that no money was exchanged for the kidney,” Burch said.

Insurance benefits have been coordinated. The donation, transplant, and follow-up testing and care were fully subsidized by Pierce’s employer insurance coverage.

On the day of the transplant, Burch and Pierce were admitted to an Atlanta hospital. Burch’s kidney was removed and immediately transferred to his sister. He stayed in the hospital for two or three nights, he said.

“The surgeon was pleased with the results. He came to see me after the operation and said, ‘You’re going to feel like a truck has hit you for about a day. Then the recovery will follow at a steady pace,” Burch said. “He was right. My body was able to adapt to the loss of the kidney without any serious negative impact. I was out of work for a month, under the direction of the doctor, but it was not necessary. I bounced back quickly and easily.”

Pierce was hospitalized several days longer than her brother. She was released without incident and said, “His kidney has been working for me ever since.”

Within weeks, the two were back to their typical activities of daily living.

Now, 16 years after the donation and transplant, the siblings speak of “incredible results”.

Pierce reports that “I had no episodes of rejection, which is remarkable. These types of episodes are expected as part of the transplant process, and they just never happened with me.”

She takes a daily regimen of immunosuppressants, like all transplant recipients, and has been carefully monitored during the COVID pandemic due to her immune vulnerability.

“I changed my eating habits, especially with the amount of protein I ingest. Dedrick and I both became ‘sort of’ vegetarians,” Pierce said. “We don’t need to be strict but are careful with food choices. Since retiring Dedrick has become quite a sophisticated chef.”

Now in the spring of 2022, Pierce is preparing for his son’s wedding. Burch bikes through Portugal, volunteers for an Atlanta social service agency, and takes cooking classes.

Can I be a donor?

While most organs are taken from deceased people, living donors can donate a kidney, part of the liver, or another type of tissue as a life-saving transplant.

Organs from living donors have several advantages over organs from deceased donors. Recipients often spend less time waiting for an organ because they have actively recruited a living donor. The donor’s expenses are usually subsidized by the recipient’s insurance.

The surgery can be scheduled in advance, giving everyone time to breathe and prepare. Since the donor organ is functioning up to moments before transplantation, long-term results are improved and recovery times shortened for the recipient.

“Dedrick gave me a priceless gift for which I will always be grateful.”

Living donors are often related to the recipient, as was the case with Burch and Pierce. The increased likelihood of genetic matching tends to reduce the chances of organ rejection. Living donors must be at least 18 years old and usually no older than 65 for a kidney or 60 for a liver.

Donors undergo a thorough physical and mental health assessment to rule out underlying medical and psychological issues. An informed consent process ensures that the donor fully understands the risks and benefits of donation, is not coerced into volunteering, and understands the personal, emotional and social impact, particularly in the months following donation.

There are several ways to donate. Each year, Donate Life America helps raise awareness about organ donation and encourages Americans to register as organ and tissue donors. A directed donation is the donation of an organ to a parent, spouse, friend or unrelated person in need. There must be a physiological match with the recipient, especially that the blood and tissue types are compatible.

Living donation allows individuals to have a second chance for a better quality of life. As the world gradually reopens in the post-pandemic world, there is an increased need for organ donation.

Pierce said: “Seize the opportunity. I was so weak and it was hard to go through an ordinary day. I could do it, but I could tell I was sinking. Dedrick gave me a priceless gift that I will be ever grateful.”

“It was a pretty easy decision after we learned that we matched four of the six markers indicating that my kidney would give him a good life,” Burch said.