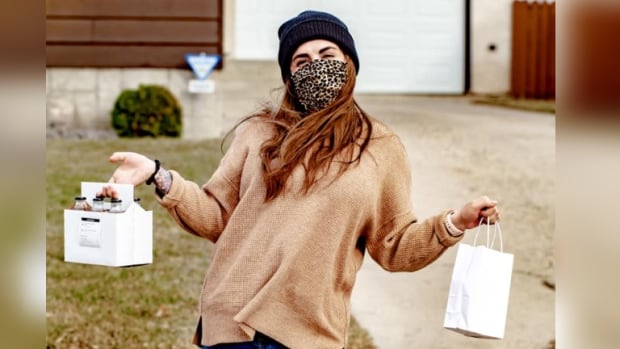 The city of Regina is banning plastic bags in early 2022, but some companies are not waiting.

City council considered a report on the impacts of single-use plastics on April 29. At the meeting, the city administration confirmed that the ban on single-use plastic bags will come into effect in early 2022.

It was originally scheduled to go into effect in August 2020, but was delayed due to concerns at the time about the spread of the COVID-19 virus on the surfaces of reusable bags.

The owners of Mortise and Tenon, a town gift shop, aren’t waiting for the town to act. The store has been using paper bags since it opened in 2015. Paper bags cost an average of 40 cents, compared to the standard five cents at a grocery store for plastic bags, but the store has a unique way to reduce them.

“Making sure we were useful members of our community was one of our goals. So in our store, if you refuse a paper bag or if you brought your own bag to use, we give you a little ticket, ”Dani Hackel, Mortise and co-owner of Tenon, said.

People can then place that ticket in one of six jars, and the store donates 40 cents per ticket to a matching organization. This month the store added up their donations and Hackel realized he had raised over $ 7,000 for the Open Door Society, CC RezQs, Carmichael Outreach, Planned Parenthood Regina and more.

“It was shocking because you still think ‘every little bit counts’,” she said. “But once we look at the checks we wrote, it really makes a huge difference.”

The program also encourages people to carry their items or bring their own reusable bag, limiting the number of bags the store uses in the first place. Hackel said paper bags cost more, but it will be easier for companies able to buy in bulk.

“You just have to balance what you think of keeping these plastics out of the landfill and saving the environment versus the cost,” Hackel said. “Companies are thinking outside the box and finding ways to offset these costs in other ways. “

“I think that’s what scares people the most is that you get rid of something and people don’t know what to do,” she said. “Whereas if you deploy a program that eliminates them but then comes up with alternatives, I think that would be a big bonus.”

Hackel said people have taken the time to rethink their lives and the waste they produce during the pandemic. If people want to switch to new products, she advised starting small, as it will be easier on a person’s wallet and can still make a big difference over a year.

“You don’t have to go in and spend thousands of dollars to fully equip your life in a sustainable way. Start by just buying bags,” she said.