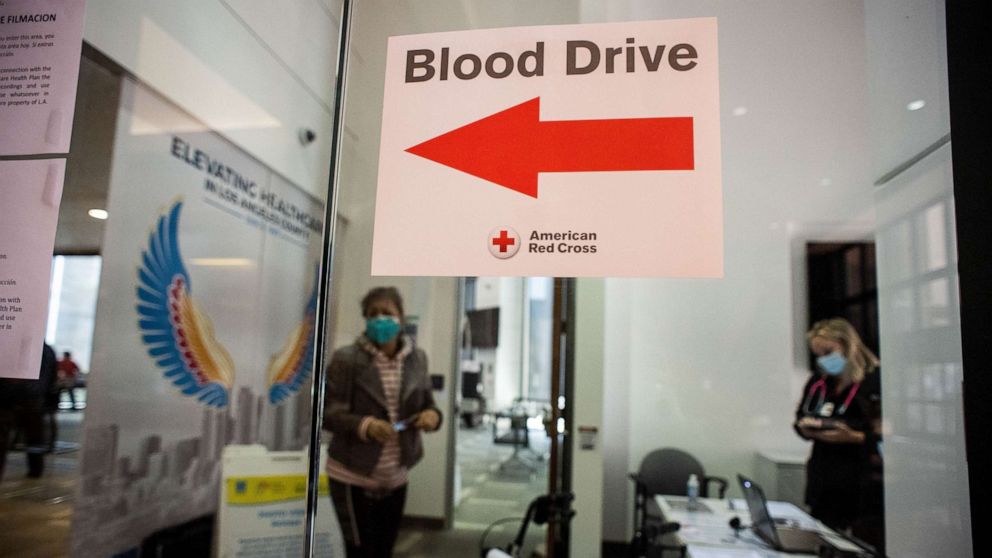 “Regarding” the drop in the participation of blood donors while hospital demand increases, according to the Red Cross

Blood donation and supply levels have reached alarming levels as blood centers say they are seeing increased demand from hospitals.

Securing donations has been a challenge throughout the pandemic, with blood drives in schools and workplaces – the bread and butter of blood centers – largely canceled. The American Red Cross saw its lowest participation in blood donors last week since the start of the pandemic, falling 11% from its average during that time.

Dr Pampee Young, chief medical officer for the American Red Cross, told ABC News the drop was “quite unusual” even for pandemic standards.

“This is extremely concerning,” Young said. “This is happening at a time when we are seeing a very, very strong demand for blood products. In fact, higher demands than before the pandemic.”

Young postulates that the increased demand may be due to hospitals catching up with elective surgeries and intensive care that have been postponed due to the pandemic, or perhaps the increase in organ transplants. The decline in participation is less obvious to her.

“It’s a time when a lot of people go on spring break and that could be part of it. But we don’t think it’s because it seems to be more pronounced than in previous years,” she said. . “This might just be a harbinger of challenges ahead. We are emerging from the pandemic and it could influence the behavior of donors.”

Whatever the reason, “as we try to meet the needs of patients, this decrease in donor involvement is of great concern to us,” Young said.

“We are seeing a slight increase in regular surgeries,” Dr. Dan Waxman, vice president of transfusion medicine and senior medical director of Versiti, told ABC News. “But at the same time now that the weather is better unfortunately we are seeing more vehicle trauma and in parts of our service area we are unfortunately seeing more gun trauma.”

Waxman said blood supply levels are tight, particularly in Indiana and Michigan, where they have fallen to extremely low levels. In general, Versiti aims to have a three-day supply of blood for its partner hospitals, with more than 90 in Indiana and more than 80 in Michigan. In both states, that fell to less than a day’s supply, the company said on Tuesday.

The offer is rarely this low, Waxman said.

“We are filling our orders so that hospitals have blood in their refrigerators and plasma in freezers, but it is very difficult,” he said. “We kind of have to get ahead of this, and the only way to do that is to have people come to us and donate.”

“The people who have been our donors and continue to be donors, right now there, they may be traveling for the first time in a year,” he said.

For over a year, blood centers, which tend to reach people in the community, have been trying to get people to their sites.

The majority of blood donation to Versiti – around 70% – would typically come from mobile readers in places like high schools, universities, places of worship and businesses, Waxman said. In the first quarter of 2021, the number of Versiti blood center donations from schools and businesses fell 40% to nearly 20,000 units of blood, the company said.

The Red Cross has seen its number of school and university trips drop by 50% during the pandemic, Young said. The drop also had “significant implications” for meeting the needs of sickle cell patients, as much of its African-American donor base would be reached through these types of incentives, Young said.

In the face of increasing needs, blood centers are urging eligible people who are feeling well to donate.

“We hope that our donors will do what they have always done, which is to come and help us,” Waxman said. “It will be an ongoing challenge, I think, for a while.”