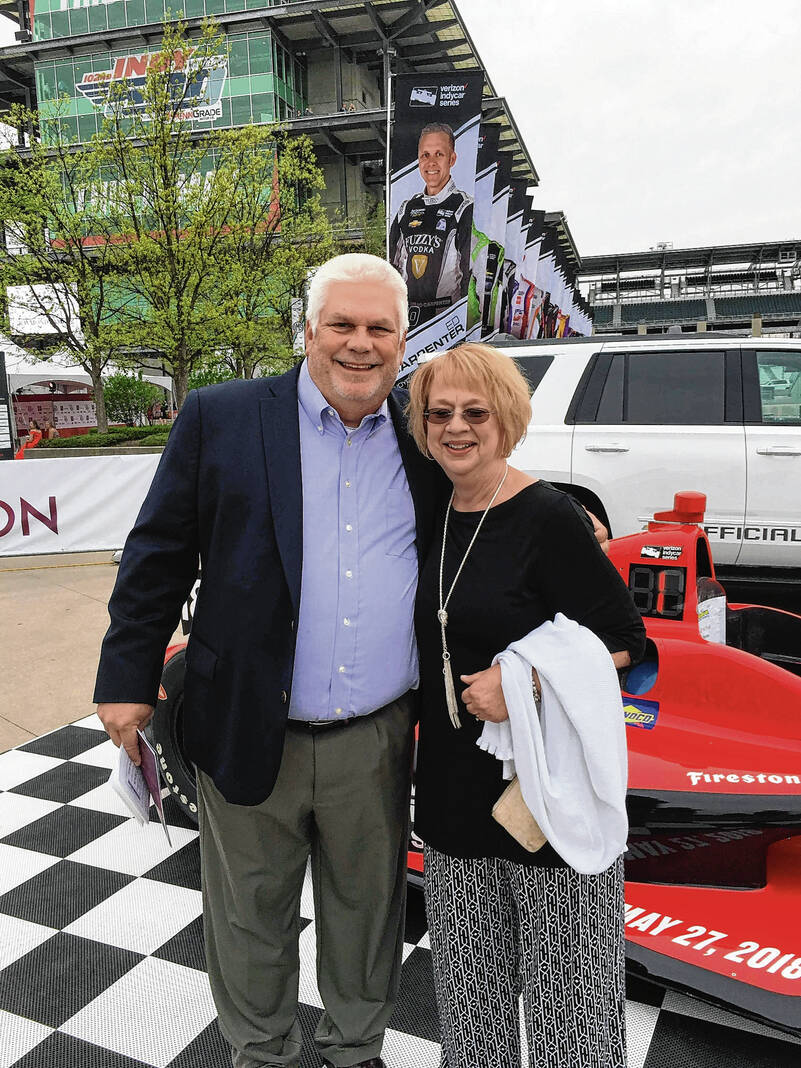 Life after death: Organ donation is part of the Greenwood man’s legacy

Even in the most painful moments, the choice seemed clear.

The Johnson family was still in shock. Without warning, their patriarch, Jeff Johnson, suffered a massive cardiac arrest and died. His wife, Dana, and children Dustin Johnson, Daren Johnson, and Shanna Smith, consoled themselves as best they could.

When asked if they had considered organ donation, it was a topic they had never thought of discussing before. But quickly everyone agreed that was what Jeff would have wanted.

“We never talked about it. But I knew him. I knew he would support it,” said Dana Johnson, a resident of Greenwood.

Since that time, the Johnson family has been increasingly active in raising awareness about organ donation and its needs. They have volunteered at events in central Indiana, sharing their stories and emphasizing the importance of organ donation. Last May, they hosted a golf outing in honor of Jeff Johnson, raising money for the Indiana Donor Network.

More than 1,100 Indiana residents are currently on the organ donation waiting list, with more being added every day. For the Johnson family, the tragedy of Jeff’s death was countered by the lives he helped save.

“It has become an important point for us. The Donor Network (Indiana) has been great for us and Mom, providing constant contact and showing us care and love. They deal with it all the time, but they really put a personal touch on it, which meant a lot,” Daren Johnson said.

Organ donation advocates point the finger at families like the Johnsons, who made a difficult decision that ended up changing the lives of others.

“Often we don’t realize we have someone in our circle who has been touched by a donation. Often people have a donor in their family, and sometimes they don’t get to talk about it. It’s sort of a silver lining and a tragic story for these families. said Corinne Osinski-Carey, community outreach coordinator for the Indiana Donor Network. “When people hear this, it helps them realize how important it is to consider being a donor because it can impact someone you care about.”

The need for organ donors has never been greater. Over 105,000 people are on the organ donation waiting list across the United States. Another person is added to the country’s organ transplant waiting list every nine minutes.

Yet every day, 17 people die while waiting for a transplant. In 2020, 6,151 transplant candidates died while on the transplant waiting list.

April is National Gift of Life Month, an opportunity for advocates across the country to raise awareness about organ and tissue donation, encourage Americans to register as donors, and honor those who have saved lives through the gift of life.

More than 4.2 million Indiana residents are registered as organ and tissue donors. While that number is significant, growing that base is imperative, Osinski-Carey said.

“We are present in the community in several different ways. Our goal is to connect with people where they feel comfortable. It’s an uncomfortable conversation to talk about organ donation after death. So we love having one-on-one conversations with people at community events, sharing stories of advocates who have been personally impacted by donations,” she said.

The Johnson family were the ones who shared her story.

Jeff Johnson was just 62 when he suffered cardiac arrest and died on February 25, 2020. The Greenwood resident had worked in construction for over 35 years, retiring in January 2020 from FA Wilhelm to create his own company, J Squared Construction Management. Solutions.

His first day in the role was February 17 – a day before he suffered the cardiac event that required emergency open-heart surgery. Even after the operation, he died around 3 a.m. a week later.

Later that morning, representatives from the Indiana Donor Network contacted Dana Johnson about the donation.

Jeff Johnson had not registered to be an organ or tissue donor before his death; it wasn’t marked on his driver’s license, and it wasn’t something they had discussed in the past, Dana Johnson said.

However, she suspected her husband of being in favor of it.

“But when they called, I couldn’t speak to them. I picked up the phone and handed it to poor Shanna,” she said.

Smith works as a nurse and sees the need for organ donors every day. She told the Indiana Donor Network that the family is in favor of organ and tissue donation, beginning the process.

“That’s what he would have wanted,” Dustin Johnson said.

Jeff Johnson was able to donate his cornea, as well as bone, skin and other tissue. The family received confirmation that his cornea was successfully implanted, allowing someone else to see.

“There is an education in this. That they tell us about the kind of impact it was going to have is obvious to people. But you don’t know until it happens,” he said.

Jeff Johnson loved nothing more than hanging out with friends and playing golf at Dye’s Walk Country Club in Greenwood. Because of this, the family decided to plan a golf outing to help raise money for Donate Life Indiana.

“He lived to play golf. He was watching it on TV, he was still playing, so we knew he would want to go golfing. We were thinking about what cause to give to and both Shanna and mum said how great the donor network had been to work with, very supportive, and said we would do this for them and see where it goes said Daren Johnson.

On the Thursday before Memorial Day weekend, dozens of Jeff Johnson’s friends, family and co-workers gathered at Dye’s Walk.

“Dad loved golf, he loved family, he loved going golfing with friends and having a few beers,” Dustin Johnson said. “To see all of his people working on his behalf, we knew he would have gotten a kick out of it.”

The money generated from the outing supported Donor Hero Camp, a week-long camp held for children of organ donors.

“We were happy to see that this was where it was going, that it was going to something that meant something,” Dana Johnson said.

The family remained active with the Indiana Donor Network and its advocacy.

Smith has worked with the organization’s booth at the Brickyard 400 in 2021, and she and Daren Johnson have signed up to volunteer at the Indianapolis 500 this year. Dana Johnson spent her time at the Indiana Donor Network headquarters, doing jobs such as folding blankets donated to the organization or stuffing envelopes.

The family has again planned the Jeff Johnson Memorial golf outing, scheduled for May 26 at Dye’s Walk.

If you are going to

What: A golf tournament honoring Greenwood resident Johnson to raise money for the Indiana Donor Network.

When: May 26; Registration at 11 a.m., lunch, driving range, shotgun departure at noon

What types of organ donation are there?

Living donation: Kidney and liver patients who can receive a living donor transplant can receive an organ much sooner, often in less than a year.

Donation after death: Organ, tissue and eye donation after death is the process of donating an organ (or part of an organ), a tissue or an eye at the time of the donor’s death, for the purpose of a transplant to another person. Deceased donors can provide kidneys, liver, heart and valves, lungs, pancreas, intestines, bones, veins, corneas, islet cells and tendons.

Vascularized composite allografts: These procedures involve the transplantation of several structures that may include skin, bone, muscle, blood vessels, nerves, and connective tissue. The best known type of these are hand and face transplants.

Who can be an organ donor?

Nobody. There are no age or race restrictions for donation, and regardless of your medical history, you can register to become a donor.

To sign up as an organ donor, go to donatelifeindiana.org/show-your-support/sign-up/ and complete the required form. People can also register to be a donor at any Indiana Bureau of Motor Vehicles location.