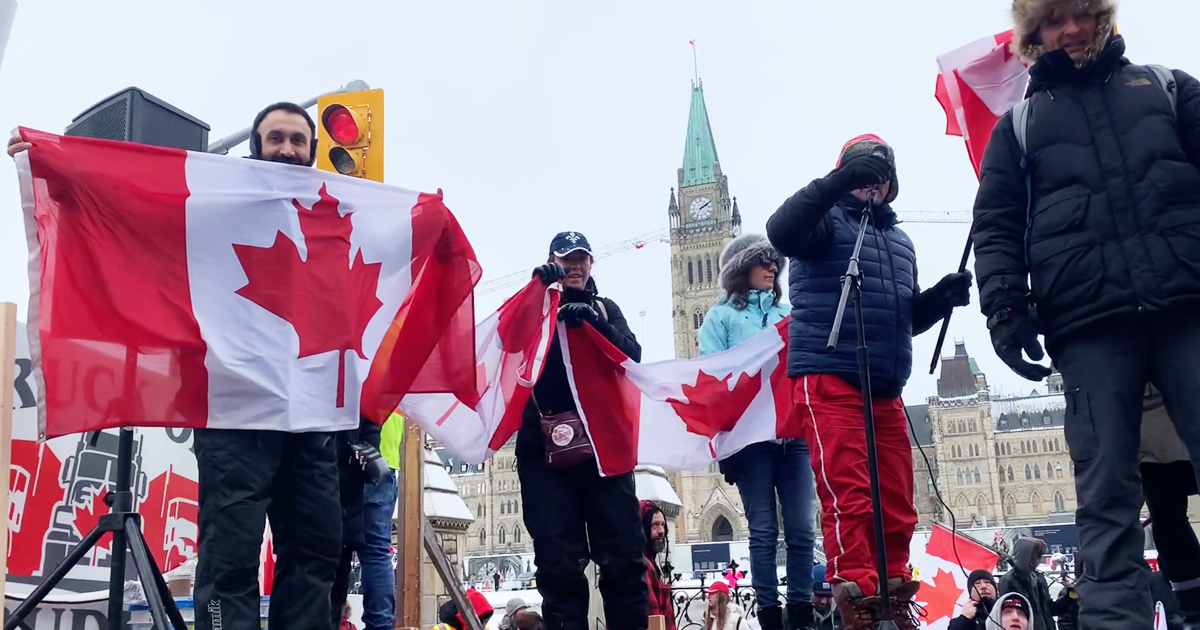 With the Freedom Convoy’s fundraiser on GiveSendGo hacked on Sunday and its donor list illegally leaked online, politicians and the mainstream media have doxxed and shamed anyone they can find who has donated their own money to support the popular freedom movement.

I never would have thought that freedom of speech would have sunk to such a low level in Canada that it would feel like the Communist Party had taken over – that people would feel targeted and intimidated for supporting a cause important and extremely valuable.

To give an example, a man from Etobicoke contacted me on Wednesday after his name was shared with nefarious types for donating only $10 to the Freedom Convoy.

The man – who did not want his name used for obvious reasons – had received a vulgar email at 2am on Wednesday, out of the blue. He said he was “very upset” when he went to bed and woke up exhausted.

The email from someone by the name of FruitBussy – a handful with an extremely vulgar biography – informed my contact that “supporting crime is never a good idea, especially on a platform run by criminals. deranged idiots”.

The recipient of the email understandably remains shaken.

“It is very sad what my country and my compatriots have become,” he said. “I am ashamed of my fellow Canadians.

Not only was the GiveSendGo fundraising platform hacked, but someone under the @WatcherToronto Twitter account has been sharing donor lists for 48 hours, along with members of our “objective” media and some politicians.

The anonymous tweeter repeatedly used the hashtags #RamRanchResistance, #FluTruxKlanGoHome, #KKKonvoy and #Clownvoy. Judging by his tweets, he clearly enjoys his doxxing activities, saying no laws were broken, no one was defamed, and all information is public.

He even advises those who see the lists to write the donors a stern letter.

There’s no doubt that it’s sick and appalling, and it angers me to think about how bad things have gone. But the mainstream media on Trudeau’s payroll — many of whom publish names and/or contact donors — are equally responsible for doing Trudeau’s bidding.

They should be absolutely ashamed of themselves.

The ongoing doxxing was clearly made possible by Prime Minister Justin Trudeau’s implementation on Monday of the Emergencies Act, which sees convoy donors’ bank accounts frozen with a court order.

And it’s clearly about protecting Trudeau, who looks more and more like a supreme dictator every day.

I blame Trudeau for setting the tone with his despicable speech, and even more, his autocratic actions against the Freedom Convoy. His failure to understand or address their concerns speaks to his utter contempt for ordinary, working-class Canadians.

Nor can we forget Prime Minister Doug Ford, once a man of the people who alone among prime ministers openly supported Trudeau’s decision to invoke the Emergencies Act.

I also blame those Canadians who have swallowed the Liberal party’s course – the uninformed, authoritative and intellectually lazy voters with “head in the sand syndrome” who cannot or refuse to understand the long-term ramifications of which is event.

Maybe one day in the not too distant future, Canadians will understand when their favorite charity is targeted by the government of our supreme dictator.

Until then, and as my contact from Etobicoke so eloquently put it, Canada has been overtaken by “miserable, filthy fascists”.

We ask readers, like you, to make a contribution to support the factual and independent journalism of True North.

Unlike mainstream media, True North does not get a government bailout. Instead, we depend on the generosity of Canadians like you.

How can a media outlet be trusted to remain neutral and fair if it receives government assistance? We don’t think they can.

That’s why independent media in Canada is more important than ever. If you can, please make a tax-deductible donation to True North today. Thanks very much.