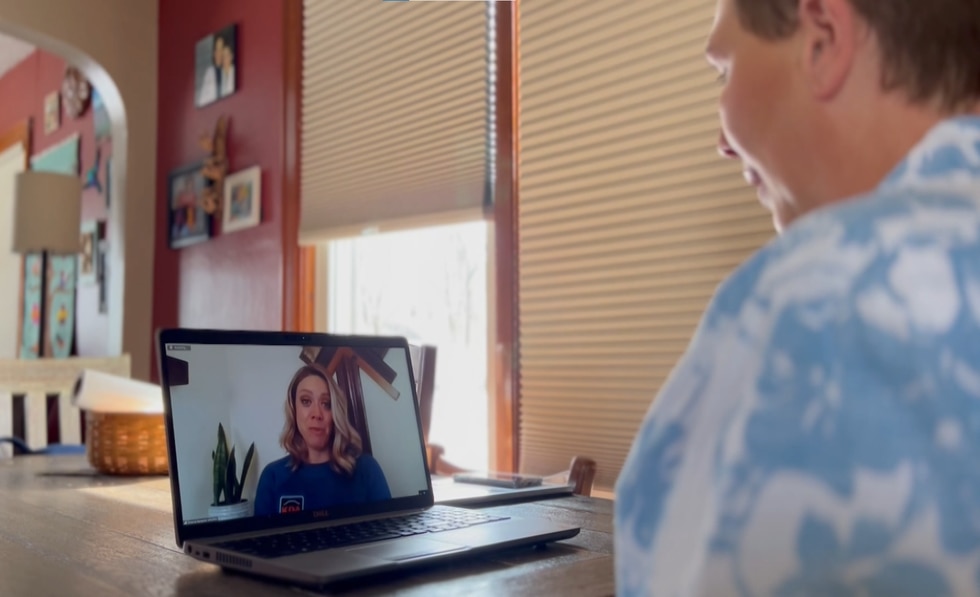 MANKATO, Minn. (KEYC) – More than 106,000 Americans are waiting for vital organs on the national transplant list.

“I sat in the doctor’s office and just cried, like oh my God, I’m going to die,” Olinger said.

The North Mankato resident was born with focal segmental glomerulosclerosis, a rare condition that affects the kidneys’ ability to filter blood.

She was put on the waiting list after her kidney function fell below 20%.

That’s when his doctor told him about another option.

“The biggest pool of potential kidneys for these patients is to have a loved one, a family, a friend, someone who donates a kidney to them,” explained Mayo Clinic transplant surgeon Dr. Mikel Prieto. “These kidneys are by far the best option for them, because you get a kidney from a healthy person, and the kidney is usually only out of the body for about an hour before you put it back in.”

Olinger then took to social media to find a living donor.

His cousin, Shawna Sampson, said the decision was easy to make.

“I was like of course I’m going to be tested. Someone I love has a need, and it’s something I can potentially help with,” Sampson said.

Shortly after doctors confirmed she was a match, surgery was scheduled.

“When we were lying in our beds, I looked at her and said, ‘are you sure you want to do this?’ She said, “Yeah, we do,” Olinger added.

Sampson gave his cousin a second chance at life.

It’s a gift she encourages others to give by becoming living donors.

Sampson said: “It allowed him to live this happy and joyful life. I mean, that’s all anyone could ask for, right? »

In less than two weeks, she will begin her journey to the summit of Mount Kilimanjaro with 20 other living donors.

“It’s really to show that living donation has no negative impact on your health. In fact, you can physically do whatever you want,” Sampson said.

The group plans to reach the peak on March 10, World Kidney Day.