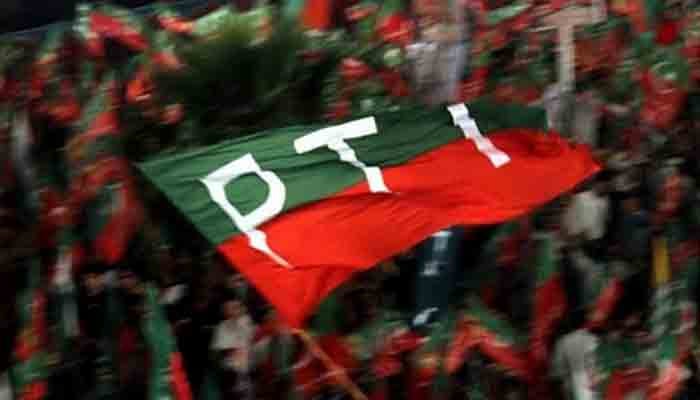 Hospital Donors Unaware Their Donations Are Diverted to PTI

ISLAMABAD: A new twist has emerged in the ongoing controversy over PTI funding, with the veracity of the list of contributors presented to the Election Commission of Pakistan (ECP) by Pakistan Tehreek-e-Insaf becoming suspect as several contributors, named in the list, raised questions about the use of a charity for political purposes.

The ECP, following a petition submitted by Akbar S Babar, a former member of the PTI, hears the party’s foreign funding case. In addition to providing details of the party’s bank accounts and foreign companies, the PTI had also submitted a list of 1,414 names to the ECP oversight committee which donated $467,320 to the party in 2013.

Of these 80 donors, 29 responded to questions from The News. Only eight individuals (27.5%) claimed to have donated to the PTI for political purposes because they believed in Imran Khan; 10 of these 29 respondents (34.5%) said they made a donation to Shaukat Khanum Hospital because they supported this worthy cause; seven people (24%) said they did not remember and the other four (13.7%) refused to answer until this scribe proved his identity with a CNIC card and the purpose of this research.

One of these members was Rana Wasif, a resident of the city of Lahore who had never left Pakistan. Rana Wasif received an email with a receipt for $120 and a membership card. According to this email, Rana had contributed $120 to party funds in the United States, after which he was admitted to the party. Rana worked in the private sector and was a regular donor to Shaukat Khanum Hospital.

According to Rana, someone took his contact details and other information from Shaukat Khanum Hospital data and used it for PTI political purposes. He also disputed this with members of the PTI office in the United States and Pakistan. Later, when this scribe contacted the then finance secretary of the PTI, Sardar Azhar Tariq, he confirmed that Rana Wasif’s complaint was genuine. M Azam Khan and his wife Naghma Khan (serial number 36 on the list) donated $1,000 to the party fund according to the oversight committee, but Naghma Khan claims the couple never contributed for political purposes . “I donated funds for Shaukat Memorial Hospital, not political fundraising. If the money is embezzled, I would like to know,” Naghma said in an email exchange with this scribe. Junaid Siddiqui and Hamid H Siddiqui (serial number 628) are on the list.

The report says they donated $3,000 for party funds, but the donors claim otherwise. “My father is a Pakistani resident, most likely if the money was donated by me or my father it was to Shaukat Khanum. We are not PTI supporters and have no party affiliation,” said Junaid Siddiqui in a WhatsApp conversation with this scribe.Khurram Rasheed (serial number 131 on the list), according to the review board report, donated $500 to PTI.However, in his written response to The News, he claimed, “I donated to Shaukat Khanum Hospital, not PTI. I am not a party member. Navaid Abidi (serial number 491) contributed $500 to party funds. However , Abidi says he made a donation to Shaukat Khanum Hospital “I believe the donation was for the Shaukat Khanum fundraiser which took place in the suburbs of Chicago, so you should see many people from Chicago donating donation on the same day. Although I generally support the party, I do not recall ever writing a check at the PTI,” commented Navaid Abidi. Kamran Niazi’s name is also mentioned in the list of PTI donors (serial number 1046) who, according to the list, paid $500, but he says he does not recall giving any funds to the party. “I think I contributed to the hospital, but I don’t remember how much and when. I don’t remember contributing to the party,” he says. There are, however, several individuals who claim to have donated to the PTI political campaign.

One such person is Afraz Haider (serial number 191 on the list) who donated $1,000 for party funds. “I have indeed contributed to the PTI here in the United States. I contribute to Shaukat Khanum Hospital, but it is separate,” he said. Zahid Hussain Ayub (serial number 919), who donated $500 to the PTI, said in his written response to this scribe: “I was part of the initial group of the Dallas chapter of the PTI…in 2004 or 2005 At the first meeting, I offered to register a non-profit organization here in the United States so that the money trail would be transparent. Eventually, Dr. Nasrullah sued him and PTI USA LLC was registered as a 503 nonprofit. As far as I remember, I have always contributed to PTI USA LLC. The fundraising campaigns I participated in were strictly for PTI. I sponsored air tickets for Asad Qaiser, then Chairman of KP House and MPA Haider Ali of Swat. I also sponsored a ticket for Murad Saeed but then had to cancel due to his graduation issue. I also donated to Namal College. Ms. Shazia Nasir (serial number 577) who donated $1000 for party funds said, “We donated to PTI knowing full well that $1000 was for PTI.

Federal Information and Broadcasting Minister Fawad Chaudhry, in an interview with The News, said: “There is no way Shaukat Khanum’s donations have been misused for political purposes. When an LDC is signed by the donor, the purpose of the donation is mentioned on the check. Those who donated $1,000 or more must have paid for donations by check. It can be verified from those checks,” he said. The Minister of Information added that if this scribe provides the names of these donors, they can check from the file whether they have contributed to the hospital or to party funds.

The News also contacted former PTI chief organizer Saifullah Khan Niyazee, but he said he could not answer these questions. “You should ask these questions to our party’s finance secretary, Siraj Ahmed,” he said. When contacted, Siraj Ahmed said he could not speak to this scribe as he was busy in a meeting. He asked me to call him later. However, despite repeated attempts, he did not respond to calls.

Editor’s note: Shaukhat Khanum is one of the best NGOs in the country, doing groundbreaking work that has benefited hundreds of thousands of people and should continue to be supported. This fact-based story in no way attempts to take credit from this institution.