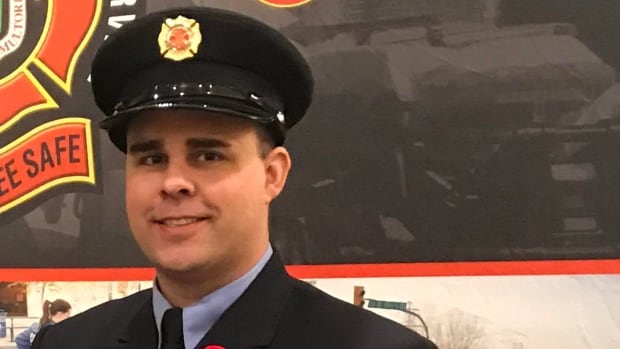 A Manitoba firefighter in need of a kidney transplant wants the province to reform its organ donation system, which he says is hampered by long waits.

For the past 10 years, Kyle Schmidt has been battling a rare kidney disease – IgA nephropathy (or immunoglobulin A) – which has progressed to end-stage renal disease. He’s been on a transplant waiting list for a month.

“It’s scary,” he said. “There are currently hundreds of Manitobans waiting for kidney transplants.

In fact, Manitoba has the longest kidney transplant wait times in the country, according to the Kidney Foundation of Canada.

Schmidt and his family have launched a campaign to reform Manitoba’s current organ donation program “while I still have the energy and motivation to change it,” he said.

“At least, at the very least, it will raise awareness of the current system and the current situation, [because] we need to consider changing the legislation in Manitoba.

Manitoba, like many other provinces, has a system where people must register to become an organ donor. Schmidt would like Manitoba to follow Nova Scotia’s lead. In January 2021, this province will become the first with presumed consent.

This means that people who do not want to be donors can fill out a form to opt out. Otherwise, everyone is a donor.

“There would be more organs in the system as people passed,” Schmidt said. “We could save lives, get people out of dialysis; we could get kidneys for people. “

There is also a financial benefit. The costs of having someone on dialysis are enormous, from transportation and equipment to personnel and testing.

He would also like more messages to be released to remind people that the organ donor cards they carry in their wallets became obsolete last year, replaced with a online registry that records your consent.

“Only three percent of Manitobans use it, far less than the national average of about 25 percent,” Schmidt said. “So Manitoba, let’s step up.”

As he pushes for a system overhaul, Schmidt has also taken steps to find a solution to his own situation.

He created a Facebook group called Kidney on fire looking for a possible donor with type O blood, which he believes is in high demand. Schmidt said the Facebook group had helped produce a list of potential donors, so they are no longer looking for donors at this time.

Despite his situation, he remains positive.

“I stay active and mobile. I am still working, I am still able to function for most of my daily tasks,” Schmidt said.

“I’m not quite on dialysis yet but my voice will be exhausted. I’m going to tire and run out of energy, so I want to get the point across now.”