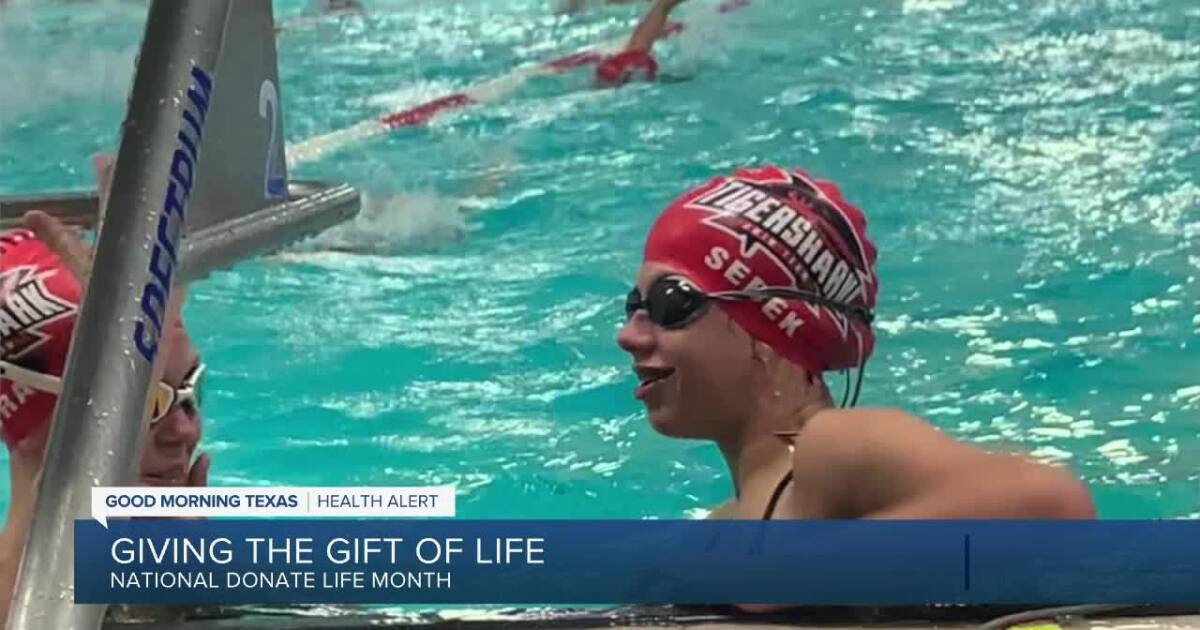 Family Reflects on How Organ Donation Saved Their Daughter’s Life

TEMPLE, Texas – National Gift of Life Month is celebrated each April, raising awareness about organ, blood and tissue donation and the number of lives that can be saved by becoming a donor.

The Sebek family received a liver as a gift for their daughter years ago, but even now they continue to thank their donor every day they spend with their daughter.

“The first year of his life was so drastically different from what it is now,” Chance Sebek said.

From the day Rowan was born, she suffered from biliary atresia, a blockage of the tubes that carry bile from the liver to the gallbladder, which meant that as a baby she needed a liver transplant. vital.

“It was a very surreal experience knowing that we were waiting for someone’s life to end so that we could receive this gift for our daughter,” Chance said.

Both of Rowan’s parents, Chance and Megan, were intensive care nurses, and they never thought their daughter would find herself in one of the upsetting situations they saw on a daily basis.

“You never think you’re going to be on the other side of the bed, your family, your daughter, needing those circumstances,” Chance said.

At five and a half months, their prayers were answered and a donor became available, saving Rowans’ life.

“It’s hard to believe how sick she was and how well she is now,” Chance said.

And her family was determined to help Rowan live life to the fullest. At just 8 years old, she competed in the Transplant Olympics, competing in her first-ever swimming race and securing second place. It was then that she fell in love with the sport.

“Know now how many moves there are and the rules. It kind of made me want to get into it more and try to do it competitively,” Rowan said.

Now 11, she swims on a competitive club team and plans to compete in the 2022 Summer Olympics for transplant.

And every day that Rowan spends time with her family and has the chance to do what she loves, she thinks of her donor.

“I just want to thank my donor in every way I can for giving me a second chance at life and doing all these amazing things,” Rowan said. “I would give anything to see them.”

And the Sebek family is on a mission to help spread awareness about organ donation and its impact on a family.

“At the end of the day, we have a walking testimony of the outcome and we are incredibly blessed and God has great plans for Rowan and our family,” Chance said.

And to continue showing his support for his daughter and other beneficiaries and donors, he will cycle 600 miles. participating in the Lone Star Circle of Life Bike Tour.

“I did about 100 miles a week for a long time, so there was never a question of if I was going to do it,” Chance explained.

Over a period of nearly a week, participants will travel hundreds of miles, starting in Waco, passing through various towns in Texas and ending in Temple.

“Every stop and every place we travel across Texas, we will honor not only the donors, but the recipients as well,” Chance said.

Each of the 12 riders has a story related to the donation, and Lucky’s goal is to make it to the end of the event so he can share his story about his daughter and her fight for a living.

“It’s to show the world, our region and our community that this is important to us and that the opportunities that every person can have to save someone’s life is something that we cannot hold out for. acquired,” Chance said.

New grassroots charity with Perthshire volunteers and donors raises over £5,500 for Ukrainian refugees