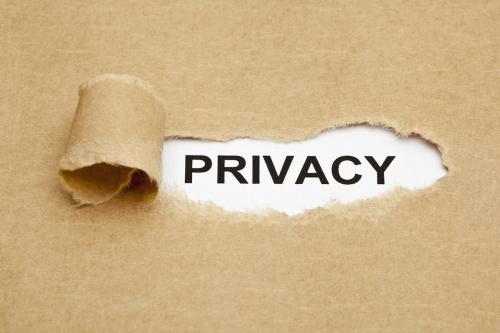 According to Give to the United States, charitable contributions in 2020 exceeded $470 billion, 70% of which came from individuals. Individuals deciding to donate to a particular organization may consider factors beyond the organization’s particular mission, however compelling. Misleading GoFundMe Campaigns, FTC Crackdowns on misleading charities and mismanaged organizations are some of the reasons for increased scrutiny. Another reason is concern over how charities and nonprofits handle donors’ personal information.

According to some reports, a third of donors do research before donating. To help these donors, several third-party rating sites, such as Charity Navigatorthe Wise Giving Allianceand CharityWatch, doing much of the legwork for donors. They collect large amounts of data about these organizations, such as financial status, use of donated funds, corporate governance, transparency, and other practices. They get most of this data from 990 forms and organizations’ websites, where many organizations post privacy policies.

Review sites such as Charity Navigator base their ratings on comprehensive methodologies. An important element of Charity Navigator’s scoring, for example, concerns accountability and transparency, composed of 17 categories. A review of an organization’s website informs five of these 17 categories, namely (i) listed board members, (ii) listed key personnel, (iii) published audited financial statements, (iv) the published Form 990 and (v) the contents of the privacy policy. Charity Navigator explains why it considers website privacy policies and which policies receive the highest rating:

Donors may be reluctant to contribute to a charity when their name, address, or other basic information may become part of donor lists that are traded or sold, resulting in an influx of charitable solicitations from other organizations . Our analysts check the charity’s website to see if the organization has a donor privacy policy in place and what it does and does not cover. Privacy policies are assigned to one of the following categories:

Yes: This charity has posted a written donor privacy policy on its website, which states unambiguously that (1) it will not share or sell a donor’s information with anyone, or send mails to donors on behalf of other organizations or (2) it will only share or sell personal information once the donor has given the charity specific permission to do so.

Opt out: The charity has a written privacy policy posted on its website that allows donors to tell the charity to remove their names and contact details from lists that the charity shares or sells. How a donor can be removed from a list differs from charity to charity, but all removal policies require donors to take specific action.

No: This charity does not have a written donor privacy policy in place or the existing policy does not meet our criteria for protecting the personal information of contributors.

Regulatory compliance obligations for websites have expanded in recent years, with privacy policies among the requirements. However, even a website that complies with applicable regulations may not score optimally with Charity Navigator. For example, in many cases, website privacy statements should only apply to data collected on the website, not elsewhere in the organization. Additionally, website regulations do not require donors to be specifically addressed. the point reduction for non-compliant privacy policies is relatively low for Charity Navigator, but can have an impact. Ratings firm CharityWatch reports privacy policies “as an informational benchmark,” but does not include such information in its ratings.

The extent to which donors might divert their charitable funds from organizations without optimal confidentiality ratings is unclear. At the same time, quickly issuing a privacy policy to boost a third party’s rating in hopes of attracting new donors is probably not a prudent response. Nonprofit charities want to ensure that their website privacy policies are compliant and consistent with their practices involving data, while positioning them well to maximize donations in support of their mission. Writing and updating these policies requires great care and attention.